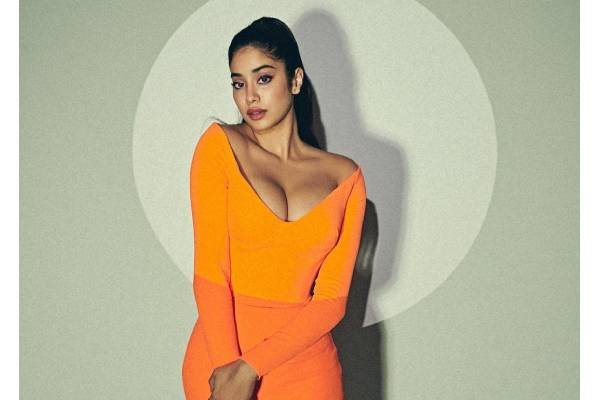 Bollywood young beauty Janhvi Kapoor is a fashion freak and loves to leave her fans stunning with her sultry poses. Irrespective of the occasion, Janhvi Kapoor loves to sizzle in trendy outfits. Janhvi Kapoor sizzled in an orange bodycon dress and the actress posted the clicks on her Instagram page. These pictures are now all over the internet and social media platforms. Janhvi Kapoor looked flawless and carried a smile in the clicks. The actress will be seen in Mr and Mrs Mahi and is paired up beside Rajkummar Rao. Janhvi Kapoor will also be seen in Mili, the remake of Helen, a Malayalam film. The actress is done with the shoot of Varun Dhawan’s Bawaal which releases next year.