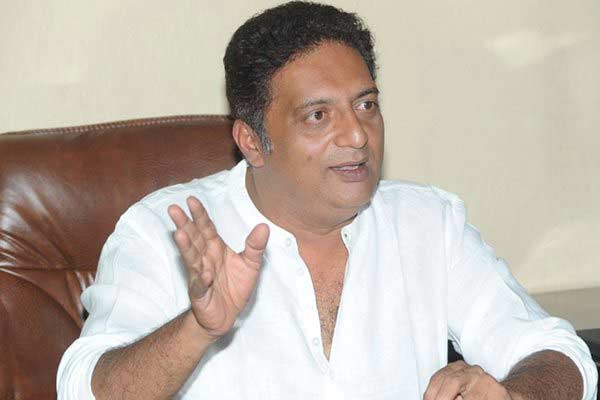 The battle lines are drawn for the October 10 elections for Movie Artistes Association (MAA), the apex body of Tollywood.

With CVL Narasimha Rao and K. Shravan Kumar withdrawing their nominations, actor Prakash Raj is locked in a direct fight with Vishnu Manchu for the post of MAA president.

A total of 56 candidates are in the fray for elections to 26-member body of MAA. Election officer Krishna Mohan announced the final list of candidates after the withdrawal of nominations.

Babu Mohan and Srikanth will vie for the post of MAA executive president. For the two posts of vice-presidents, actor-producer Madhala Ravi and comedian Prithviraj Bali Reddy are contesting from Vishnu panel. From Prakash Raj’s panel, Benerjee and Hema are in the fray for the same posts.

For the key post of general secretary, Jeevita Rajasekhar is contesting as a candidate from Prakash Raj’s panel. She is locked in a direct fight with Raghu Babu from Vishnu’s panel.

Bandla Ganesh had also filed his nomination for the post but withdrew from the contest on the advice of industry elders.

Character actor Karate Kalyani and comedian Gautham Raju from Vishnu’s panel will be testing their fortunes for the post of joint secretaries. Uttej, Anit Chowdary and Bacchala Srinivas are also in the fray for the two posts.

More than 900 movie artists will cast their votes on October 10. Electronic Voting Machines will be used for the polling to be held at Jubliee Public School in Film Nagar from 8 a.m. to 2 p.m. Results will be announced the same evening.

Prakash Raj was the first to announce his panel and he has been actively campaigning. He also received support from actors Jeevitha Rajasekhar and Hema, who dropped their plans to contest against him and joined his panel.

“I came here to serve the film industry. I want to serve my fellow artistes and industry people,” Prakash Raj had said while announcing his panel

Prakash Raj, who unsuccessfully contested as an independent candidate in 2019 Lok Sabha elections from Bengaluru Central, made cautious manoeuvres to win the support of many. He urged the MAA members to cast their conscience vote.

“#MaaElections2021… Your vote is your voice.. The welfare of MAA is our viewpoint. Let’s vote with conscience and ensure the victory of MAA aspirations,” the actor tweeted after filing his nomination last week.

Tollywood sources say Prakash Raj has considerably bright chances of winning the election as MAA president. He enjoys the backing of Megastar Chiranjeevi and his family members.

On the other hand, Vishnu received the support from outgoing president Naresh, who criticized Prakash Raj.

“In the 25 years history of MAA, have you cast your vote at least once? Did you attend any general body meeting,” he asked Prakash Raj.

In 2019, actor-producer Naresh was elected as MAA president, defeating Shivaji Raja, who was contesting for second consecutive term

Naresh said though one year of his term was wasted because of Covid-19 pandemic, he worked efficiently for the welfare of all. He alleged that some outsiders influenced about 11 members and blocked the welfare works for under privileged artists.

He claimed that for the first time in MAA history, his panel provided insurance for 900 members. “If any member died, we ensured the insurance money of Rs 3 lakh reached the deceased family,” he said.