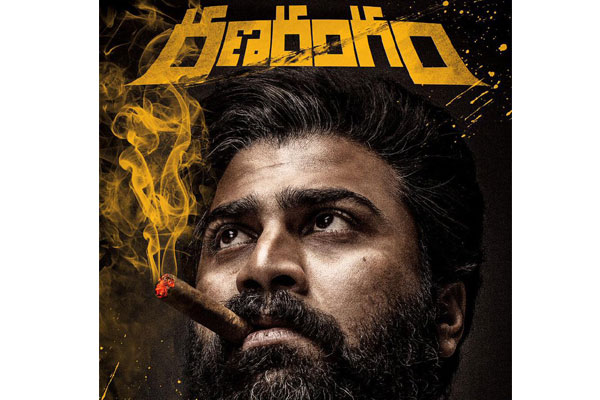 Sharwanand’s long delayed film with director Sudheer Varma is getting ready for release very soon. Titled as Ranarangam, the first look poster of the film is out this Saturday and it has Sharwanand’s in the most intense and massy ever look of his career. The poster and title are surely going to draw the attention of masses.

Sharwanand is seen sporting a menacing look with thick beard and a cigar and the intensity in his eyes catches the immediate attention of viewers. Reportedly, Sharwa is playing two shades in this film and one of them is going to be a gangster’s role. Sudheer Varma is known for coming up with entertainers laced with taut writing and gripping screen play. This time, he seems to be bringing a full length commercial potboiler for audience. Also, this is the first time Sharwanand is sporting such a mass look in his entire career.