After talking to sources closely involved with the project, Jagapathi Babu accepted the project and was all set to start the shoot.Then some how Prakash Raj came tho know about the story and reached out to Mahesh directly wanting to do the role. So they unceremoniously let go a senior actor like Jagapathi Babu quoting ‘unavoidable reasons’ while at the same time giving media leaks that it was infact Jagapathi Babu who walked away. Jagapathi Babu was deeply hurt by this attitude of the SNE team and released a video saying he loved the character in Sarileru Neekevvaru so much and he even lost couple of other films for this project.

Talk about politics in the industry. Even a senior actor like Jagapathi babu not immune from this. 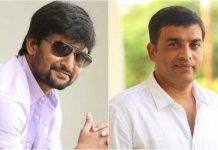