The Centre reiterated its commitment to implement Section 46, Section 90 and Section 94 of Andhra Pradesh Reorganization Act -2014, to help the recover from what finance minister Arun Jaitley called “broken development”.

This was the commitment given to chief minister N Chandrababu Naidu by Prime Minister Narendra Modi when they both met this morning in 7, RCR New Delhi. The meeting took place in the backdrop of Prime Minister’s Bihar package worth Rs 1.25 lakh crore and the growing resentment in the state over the denial of special status to Andhra Pradesh, and TDP’s inability extract this from NDA government in which TDP is an ally.

Arun Jaitley said Centre would ask the NITI Ayog to prepare the road map for the implementation of
Section 46, Section 90 and Section 94 of APR Act-2014 . What are these Sections? These sections deal with the distribution of Revenue(Sec 46), Polavaram project (Sec.90) and assistance to capital development, backward areas and fiscal measures including tax incentives (Sec 94).

Section 90. (1) The Polavaram Irrigation Project is hereby declared to be a national project. (2) It is hereby declared that it is expedient in the public interest that the Union should take under its control the regulation and development of the Polavaram Irrigation Project for the purposes of irrigation. (3) The consent for Polavaram Irrigation Project shall be deemed to have been given by the successor State of Telangana. (4) The Central Government shall execute the project and obtain all requisite clearances including environmental, forests, and rehabilitation and resettlement norms. 91. (1) The Governments of the successor States of Andhra Pradesh and Telangana shall replace the existing State of Andhra Pradesh on the Tungabhadra Board. (2) The Tungabhadra Board shall continue to monitor the release of water to High Level Canal, Low Level Canal and Rajolibanda Diversion Scheme. 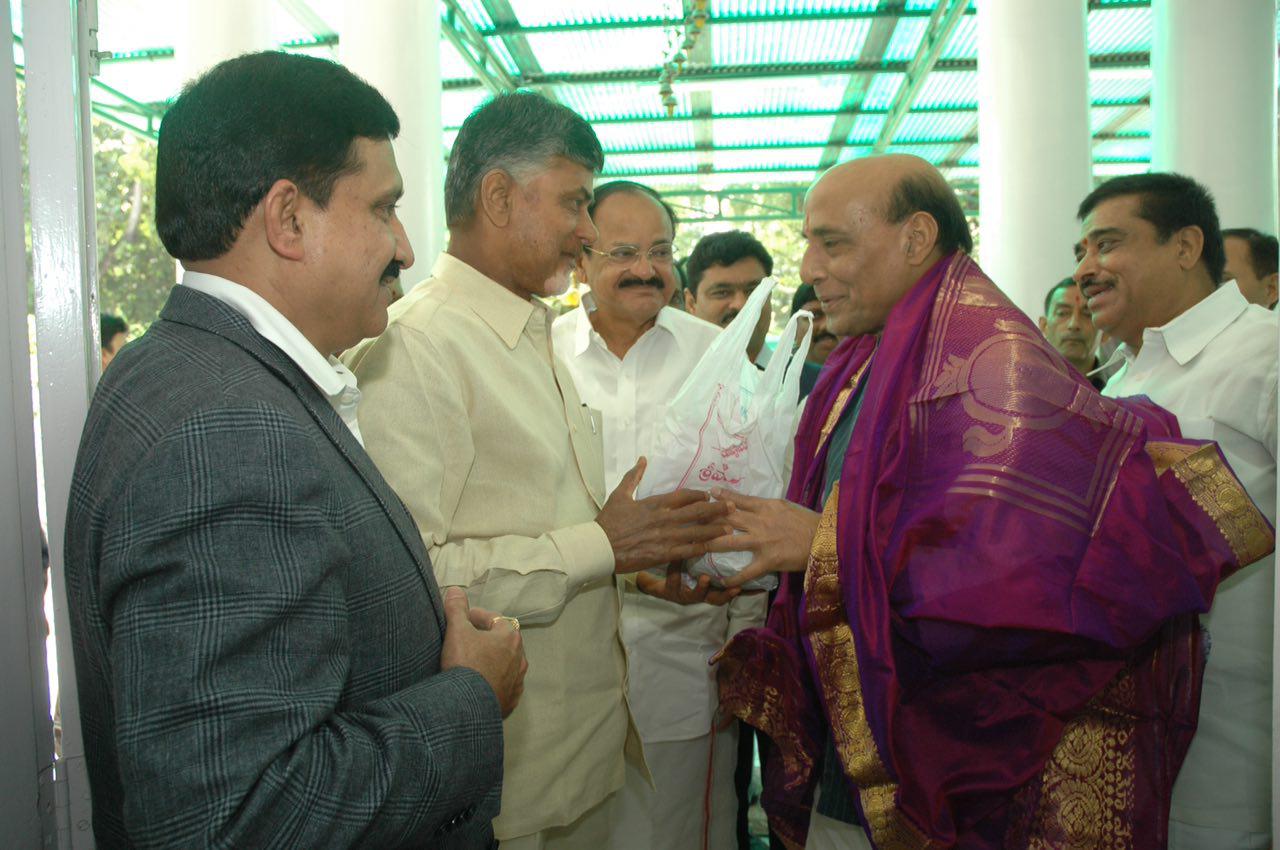 (File Photo : Naidu presenting shawl and Tirupati Laddu to union home minister Rajnath Singh. The implementation of these sections is the responsibility of the union ministry of home affairs)

The implementation of these provision will take place after the NITI Ayog prepares road map in consultation with the state government officials.