While there are rumors regarding Modugumudi’s involvement with TANA, one thing for sure based on publicly available data is his involvement with ATA 2016 in Chicago.  In this video,at a ATA fund raiser event , ( watch at 56:03) we can see that actress Pranitha is thanking Mr. Sreeraj Chennupati for his help co-ordinating the event in front of ATA leadership team. (“I really like to thank SreeRaj gaaru for arranging this”, Pranitha says).

Here is an article Telugu360 wrote in 2016 about the involvement of Modugumudi aka Sreeraj Chennupati and also his behavior towards Tollywood stars. 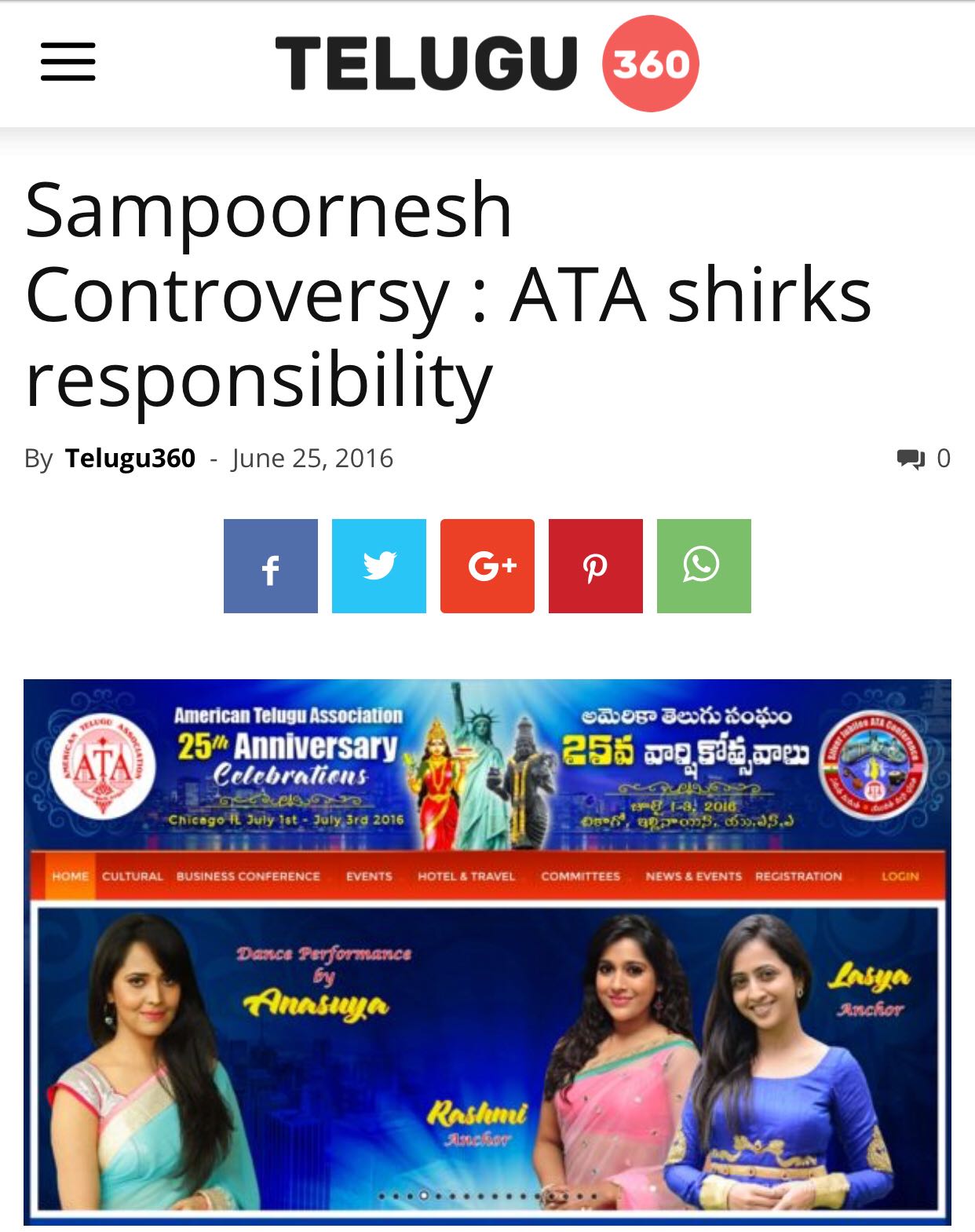 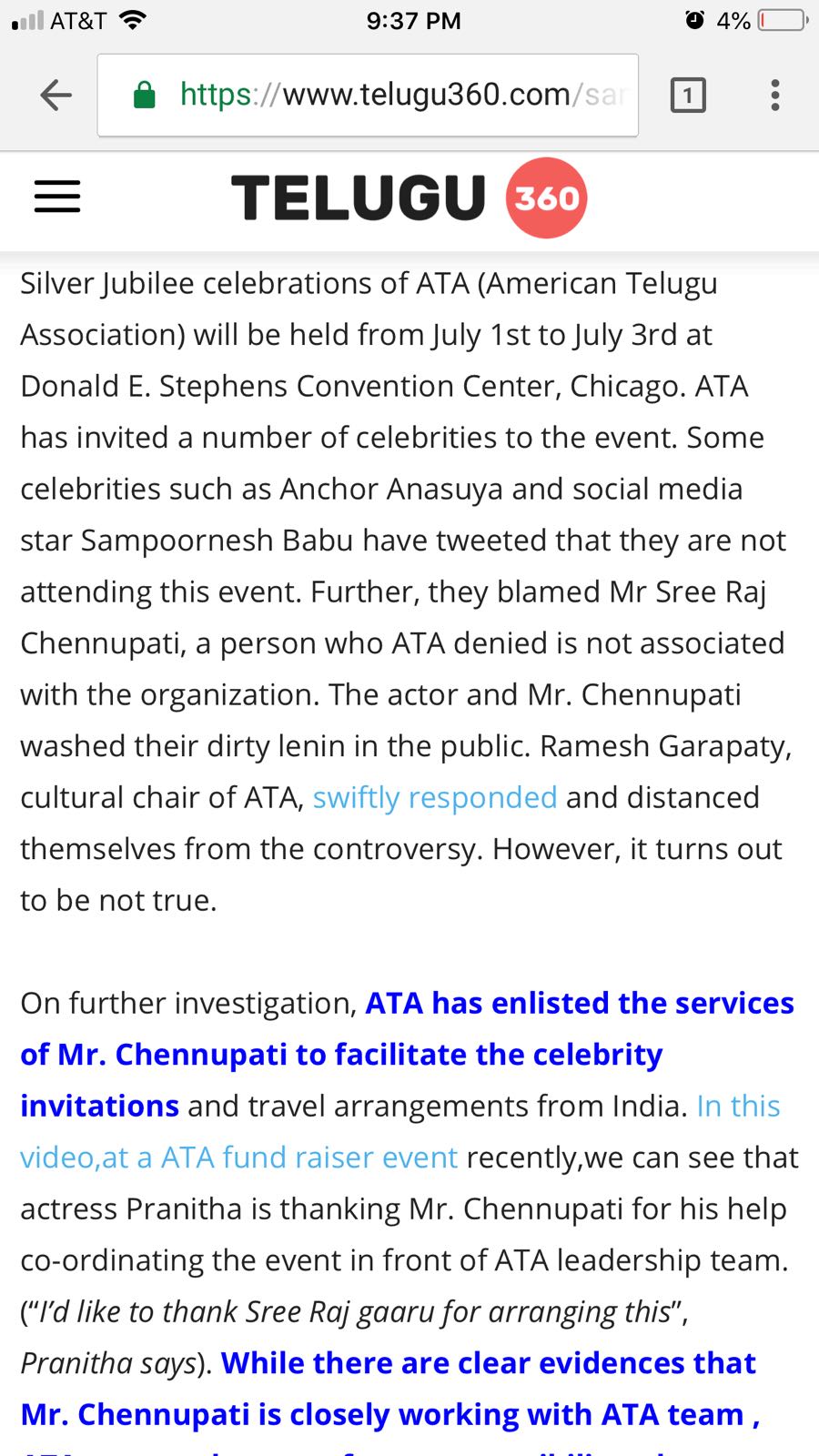