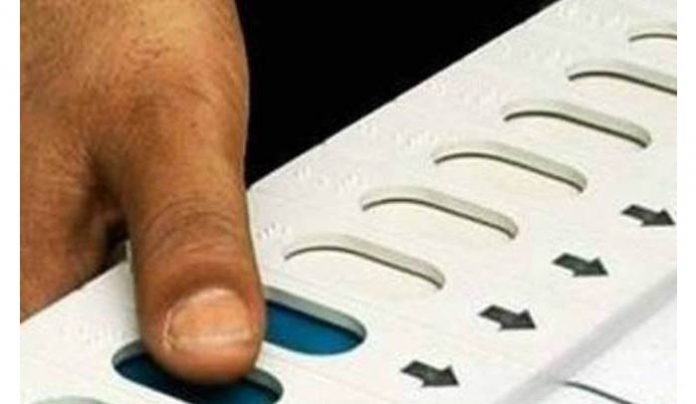 The stage is set for polling in the by-election for Nagarjuna Sagar Assembly constituency in Telangana on Saturday.

The Election Commission has made elaborate arrangements for the polling at 346 centres in the constituency in Nalgonda district.

State Chief Electoral Officer Shashank Goel said polling will be held between 7 a.m. and 7 p.m. All Covid guidelines will be adhered to during the polling, for which 5,535 personnel will be deployed.

The poll authorities have arranged 1,446 electronic voting machines. A total of 2,20,300 voters including 1,11,072 are eligible to cast their votes.

The by-election will decide the political fortunes of 41 candidates. However, the constituency is witnessing a triangular fight among ruling Telangana Rashtra Samithi (TRS) and opposition Congress, and the Bharatiya Janata Party (BJP).

Seven time legislator and former minister K. Jana Reddy of Congress will be taking on two young debutants – Nomula Bhagat of the TRS and P. Ravi Kumar Naik of the BJP.

Stakes are high for Congress as it looks to wrest the seat from the TRS to revive its fortunes in its former stronghold ahead of 2023 Assembly polls.

Upbeat after winning both the seats of the state Legislative Council seat that went to polls last month, the TRS is making all-out effort to retain Nagarjuna Sagar and banking on sympathy factor by fielding Nomula Bhagat, son of Nomula Narasimhaiah whose death caused the vacancy.

The TRS choose Bhagat as the party candidate to cash in on the perceived sympathy factor. This was despite the TRS losing Dubbak Assembly to the BJP in November last year though the ruling party fielded S. Sujatha, widow of S. Ramalinga Reddy, whose death had necessitated the bypoll.

The Congress is banking heavily on the charisma of Jana Reddy, who won the seat in 2009 and 2014.

He was earlier elected five times from Chalakurthy constituency, which became Nagarjuna Sagar in the delimitation exercise in 2009.

The BJP has fielded Ravi Kumar Naik, a tribal, who had joined the saffron party only last month. He had resigned his government job as a medical officer of a primary health centre a year ago to start private practice.

After the shock defeat to the BJP in Dubbak, the TRS is not taking any chances in Nagarjuna Sagar. The Chief Minister, who had not campaigned in Dubbak, addressed a public meeting in Sagar as early as February 10 when he announced 14 lift-irrigation schemes on Nagarjuna Sagar left bank canal with a budget of Rs 3,000 crore. He addressed another election meeting on April 14.

BJP’s K. Niveditha Reddy had polled only 2,675 votes. Hoping that the party will name her as the candidate, Niveditha filed the nomination but the party ignored her. Her nomination was also rejected.