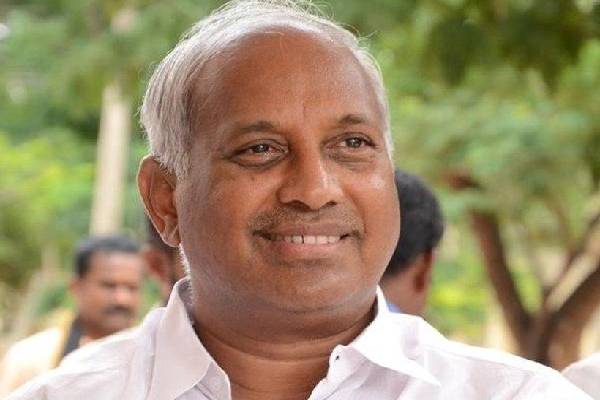 Former MP and senior Congress leader Chinta Mohan has been targetting CM Jaganmohan Reddy more and more ever since the Tirupati by-election. The reason for this was that Chinta Mohan was totally upset on how his party vote bank was badly hit following the electoral gimmicks adopted by the YCP leaders. The ex MP has already accused the YCP of using over 3.5 lakh bogus voters in the bypoll.

Now, Chinta Mohan began a direct attack on the personal court cases of CM Jagan Reddy. The ex MP asked why the courts were taking a lenient look at the so many illegal assets cases filed against the Chief Minister. Chinta Mohan has asserted that the CM has totally violated the bail conditions but the CBI was not taking action. Mr. Jagan Reddy has been appointing all those IAS officers who were co-accused in his CBI and ED cases.

Chinta Mohan specifically referred to the appointment of Sri Lakshmi, saying that she has also gone to jail once because of the corruption cases in which Jagan Reddy was the main accused. Don’t the courts have eyes to see how the CM was violating the bail conditions. The general public were asking about the commitment of the courts, said the ex MP. 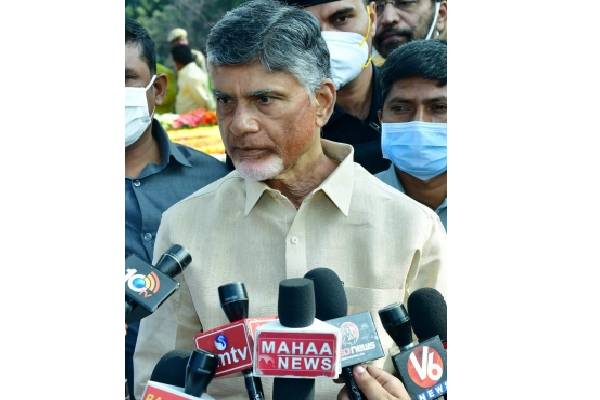 By afternoon, it was all clear that the ruling YSRCP has got an undeniable upperhand in the Tirupati by-election. In the first two to three hours itself, thousands of outsiders came out on the roads and formed lines in front of the polling stations. It was apparently too late by the time the leaders of the TDP, the BJP and the Congress woke up to the reality. Left with no choice, the Opposition leaders began demanding repoll.

BJP nominee and retired IAS officer Ratna Prabha even staged a dharna in front of the police station. She demanded cancellation of today’s by-election since a large number of fake voters came and voted for the ruling YCP candidate. TDP chief Chandrababu Naidu and Congress AP chief Sailajanath have also made similar demands. But BJP AP chief Veerraju has not made any comment so far while his party local leaders made some noise on this front. Ever since Pawan Kalyan was down with the virus, the Jana Sena leaders almost fell silent on the bypoll.

Some Opposition leaders were going on record that it would be no wonder if the YCP nominee gets more than 3 lakh majority going by today’s violations. They say that there were hundreds of cases in Tirupati alone where the genuine voters found out at the polling booths that their votes were already cast.

There are one lakh acres of Government lands in and around Tirupati temple town. As such, it has got all the potential to become a vibrant capital city for Andhra Pradesh. Former MP Chinta Mohan says that he has placed this demand before the then Prime Minister Manmohan Singh but he has refused to acknowledge this. Even in Brahmamgari Kalagnanam, it was written that Tirupati would become the State Capital.

Chinta Mohan brought all these issues to the fore now ahead of the Tirupati bypoll. He says this by-election is going to be a crucial turning point in the history of not just AP but the whole India. Its result will decide the fates of both Jaganmohan Reddy and Chandrababu Naidu.

Chinta Mohan, who was a long time Congress MP from Tirupati, lost to the YCP in 2019. He entered the poll campaign once again launching a scathing attack on CM Jagan Reddy. Chinta Mohan dropped a bombshell saying that it was his close friend YSR who sowed the seeds for the Telangana movement in order to bring down the Kotla Vijayabhasker Reddy Government at that time. Afterwards, the agitation moved to the Osmania university from where KCR picked it up and continued it relentless till the State was separated.

Chinta Mohan said that there was no difference between Jagan and Modi. Jagan has supported the LIC bill in the Parliament without any principles.

Congress former MP Chinta Mohan is alleging that the BJP-RSS are planning to transfer the TTD into private hands. Right now, the TTD is operating like a trust. The Centre is planning to transfer the multi-crore TTD’s ownership to the Hindu Dharma Acharya Sabha or a conglomerate of the peethadhipathis of different mutts.
There are 16,000 employees in the TTD now. Administration is run by IAS, IPS officers guided by TTD Trust board and also agama sastra pandits. Many hospitals, colleges, the SVBC channel and many endowments are there under the TTD.

Mr. Chinta Mohan, who was a long time MP of Tirupati, has said that the Delhi leaders were bent on privatising the assets in AP by taking advantage of the weaknesses of the ruling YCP. The privatisation of the Vizag Steel Plant was also part of this master plan.

TTD has got Rs. 10,000 Cr deposits, hundreds crores worth gold jewellery and property worth several lakhs of crores. If the BJP-RSS has any such plans, it is going to trigger a major stir in the State.