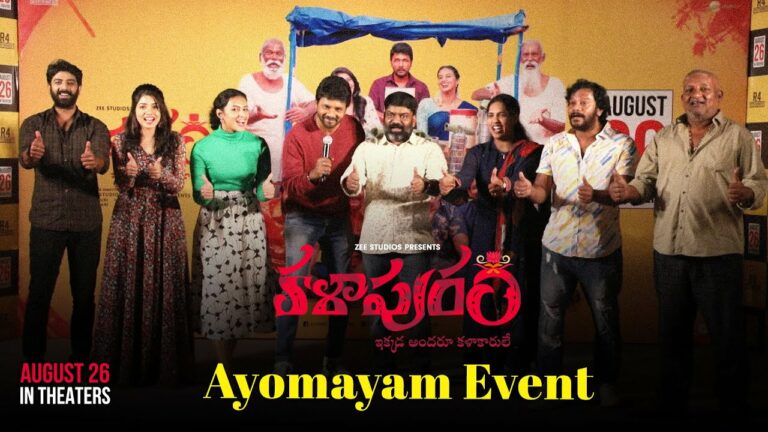 Ayomayam pre release event was organised by the makers before of the film’s release. The event was a triumph, with over 20 lakh people flooding the stadium with cheers and whistles. We’ll have to stop there because this pre-release event was held indoors and provided a lot of fun to the audience who were watching it on YouTube.

The mix of anchor confusion and Director and team spontaneity resulted in fun. The creators piqued interest with this promotional content. 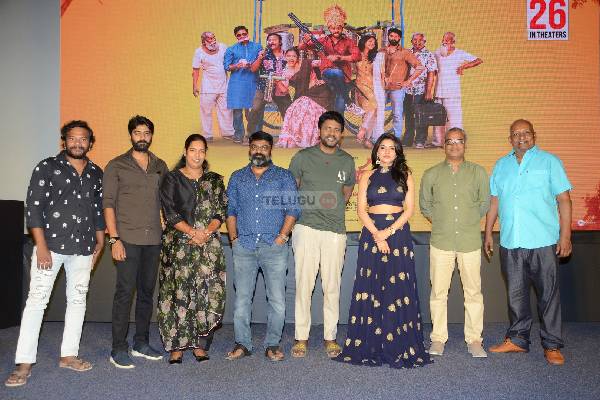 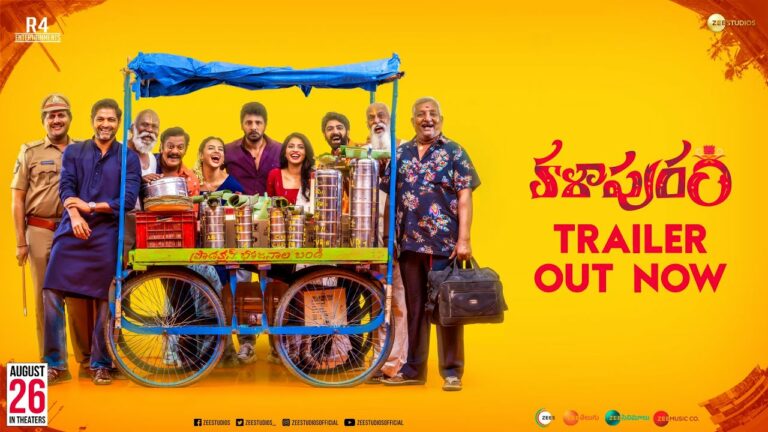 The makers recently released a fun filled teaser with all the comedy elements, fun, drama, and emotion. Everyone was impressed by the teaser and craved for more from the film. Keeping the excitement rolling, today makers offered a fun filled trailer from the film. Powerstar Pawan Kalyan launched this powerful trailer and conveyed his best wishes to the team.

The trailer, which lasts 1 minute and 57 seconds, explores the Kalapuram village and its talented artists. Karuna Kumar’s latest film is a situational comedy entertainer. When the director and producer arrive in Kalapuram village, they intend to make a film and now comes a twist in the plot. How did everyone in this intriguing story get connected? And will director (Sathyam Rajesh) completes his film by overcoming all of the obstacles depicted in the trailer. The trailer drew attention with its blend of comedy, action, and drama. Looks like Karuna Kumar is going to hit the Bulls eye again by exploring this genre.

Kalapuram will be released in theatres on August 26. Karuna Kumar, known for his intense storytelling, has attempted something light-hearted and wacky, and we can’t wait to see what this side of the storyteller has in store. This film is being supported by Zee Studios and R4 Entertainments. 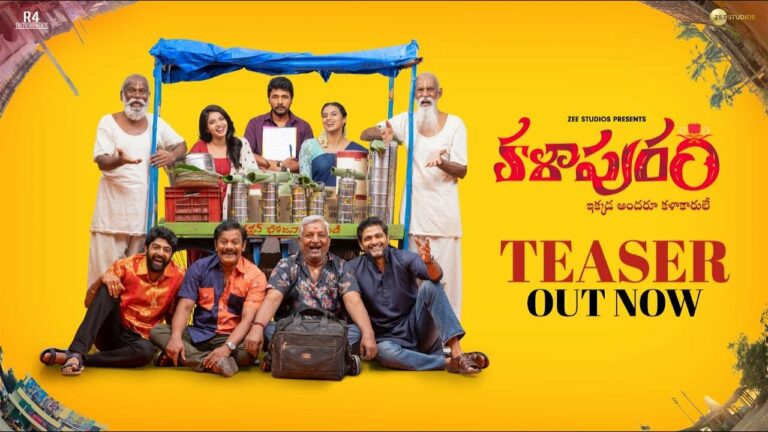 Karuna Kumar, the talented director who stunned everyone with two raw and rustic films like Palasa 1978 and Sudheer Babu’s Sridevi Soda Centre, is now bringing a completely new genre to his film list.

His upcoming film “Kalapuram,” which is captioned “Ee Oorlo Andharu Kalakaarule,” and today the makers released a fun-filled teaser that is impressive in every way. The makers grabbed the audience’s curiosity by introducing the film’s key characters in an interesting way. Karuna Kumar appears to be on track for another blockbuster success.

The recently released first look poster for the film, which stars Sathyam Rajesh, Chitram Sreenu, Rakshit Atluri, and many other renowned actors, has left everyone impressed. This content-driven film is supported by Zee Studios and R4 Entertainments, and it was produced by Rajani Talluri.

Melody Brahma Manisharma is composing the film’s music. Makers are working quickly to complete post-production. The film will be released in theatres on August 26. 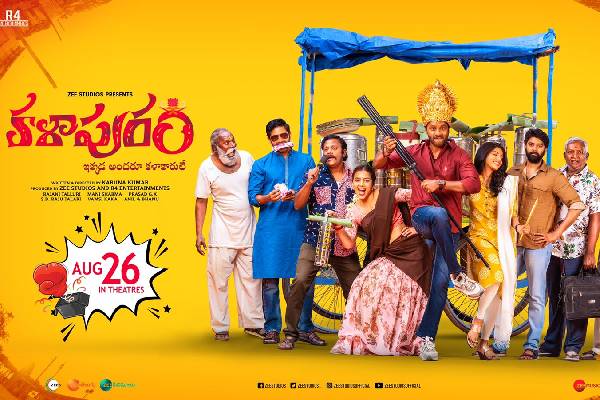 Zee Studios is the production company that introduces original stories and talented filmmakers to the industry. They are now coming with intriguing tale “KalaPuram” is now available, starring Sathyam Rajesh, Chitram Sreenu, Rakshit Atluri, and many other well-known actors.

Ee Oorlo Andharu Kalakaarule, the caption on the creative Kalapuram first look poster, gives a hint about the plot, which is set in a village with people who enjoy plays and movies. The talented director Karuna Kumar, who won everyone over with Palasa 1978 and the poignant love drama Sridevi Soda Center, is behind this comedy-drama.

The poster’s creative design introduces the local film acting fervour and character portrayals using only still photos. Makers intend to move quickly to finish the shoot and post production. The film is scheduled to hit the screens on August 26.

This film with an emphasis on content was funded by Rajani Talluri. For the movie, Melody Brahma Manisharma is composing the music. Soon, more information about the project will be released.