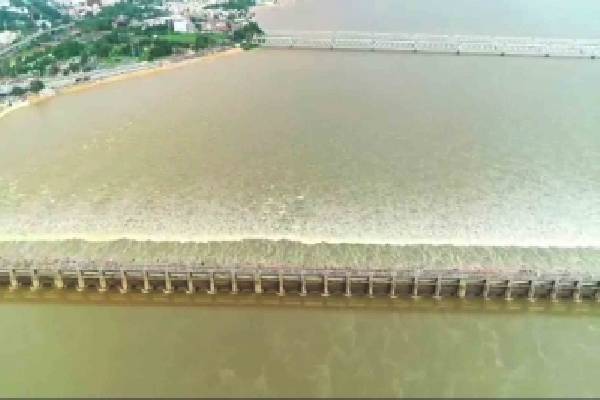 The Telangana government has urged the Krishna River Management Board (KRMB) to restrain Andhra Pradesh from diverting water from the foreshore of the Srisailam reservoir, through three unauthorised projects, to KC Canal.

Telangana Irrigation Department’s Engineer-in-Chief (General), C. Muralidhar, has written to the KRMB Chairman, requesting him to restrain Andhra Pradesh from diverting water through three unauthorised projects unless proper accounting and allocation is established for them.

He contended that the KC Canal lift irrigation scheme at Muchumarri, the link canal connecting HNSS LIS at Malyala with KC Canal, and the escape channel from Banakacherla cross regulator for freeding the KC Canal ayacut are illegal and cannot be permitted.

Muralidhar argued that Andhra Pradesh can draw only 39 TMC water from Srisailam but by taking up unauthorised lift projects which have no allocation, it is drawing excess water

“The operation of three unauthorised projects, in addition to the existing excess utilisation under KC Canal from Tungabhadra stem, has already affected the water availability to several projects on mainstream of river Krishna to in basin projects of Telangana depending on Srisailam such as Nagarjunasagar, Hyderabad water supply etc. As Andhra Pradesh is envisaging to divert water from the bottom of Srisailam reservoir i.e +798 feet it will also adversely affect drinking water supply to Hyderabad city also,” reads the letter.

He said that contrary to the spirit of Krishna Water Disputes Tribunal-I (KWDT-I), Andhra Pradesh, while drawing excess water from Tungabhadra dam, has made additional arrangements to draw water from Srisailam reservoir. This action of Andhra Pradesh is in complete violation of provisions of KWDT-I, he said.

He pointed that Andhra Pradesh secured protection of 39.90 TMC to KC Canal from the KWDT-I. He pointed out that Telangana is challenging the same before the KWDT-II, requesting to restrain Andhra Pradesh not to use more than 10 TMC for the canal.

Data submitted before the KWDT-II shows an average utilisation of 54 TMC from KC Canal against its earmarked 31.90 TMC while RDS Canal of Telangana could not use even 5 TMC of water against its protected quality of 15.90 TMC due to sheer neglect of Andhra Pradesh. 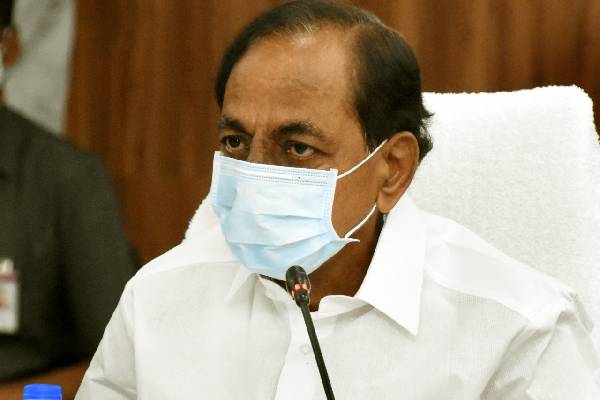 Telangana Chief Minister K. Chandrasekhar Rao on Friday asked the officials to work with commitment to protect the state’s share in river waters.

At a high-level meeting with top officials, he asked officials to protect the interests of the Telangana farmers, and made it clear that there is no question of back tracking on the issue.

The meeting was held on the strategy to be adopted by the Telangana government against the backdrop of the Central government fixing the jurisdiction of the Krishna Godavari Boards through a gazette notification.

The meeting had an in-depth review of the verdicts given by the Bachawat Tribunal and Brijesh Kumar Tribunal on the rightful and legal share of allocation of waters as a right to the Telangana. The meeting also reviewed the items in the Centre’s gazette notification, as well as the allocation of water for both Telangana and Andhra Pradesh in the Godavari and Krishna rivers.

The CM directed the officials concerned to strongly put forth the arguments on behalf of the state in the Board meetings. It was decided to meet again on Sunday to discuss the matter.

Chief Justice N.V. Ramana on Wednesday recused himself from hearing the Krishna River water dispute between Andhra Pradesh and Telangana, after the Andhra counsel said the matter will require legal adjudication as mediation did not work.

On Monday, Justice Ramana had indicated that he would not hear the plea by the AP government alleging that the Telangana government has deprived it of its legitimate share of water for drinking and irrigation purposes and termed it “unconstitutional and illegal”. Justice Ramana had said: “I don’t want to hear this matter legally. I belong to both the states. If the matter can be settled in mediation, please do that”. He told counsel of Andhra Pradesh and Telangana governments, “We can help with that. Otherwise, I will transfer this to another bench”. The top court had then listed the matter for further hearing on Wednesday.

The AP government on Wednesday informed the top court that it wants legal adjudication as matter could not be resolved through mediation. The Chief Justice recorded the submission of Andhra Pradesh that it does not want mediation to settle Krishna River water dispute and referred the matter to some other bench.

The plea cited that under Section 87(1) the board can exercise jurisdiction only in respect of such aspects as are notified by the Centre, but no such notification has been issued so far.

The plea argued that in view of no progress on notification of the jurisdiction of KRMB, Telangana by its acts of commission is seriously affecting the water supply to Andhra Pradesh for irrigation and other purposes.

The plea contended that in Srisailam Dam project, the reservoir’s quantity has seriously depleted on account of use of water there for generation of power in Telangana, which has been established by “daily readings” submitted by dam authorities. The Andhra government said this has caused immense hardship to its people, as availability of water has been seriously prejudiced by depletion in Srisailam Dam project as well as other projects such as the Nagarjuna Sagar Project and the Pulichintala Project.

“More significantly, State of Telangana is clearly in violation of a binding Award, popularly known as “Bachwat Award” made on 31.05.1976 and express provisions of the 2014 Act, whereby State of Andhra Pradesh was bifurcated into Telangana and Andhra Pradesh,” the petition filed through advocate Mahfooz A. Nazki said.

The Andhra government argued that actions of the Telangana government are unconstitutional and in violation of right to life of its people. 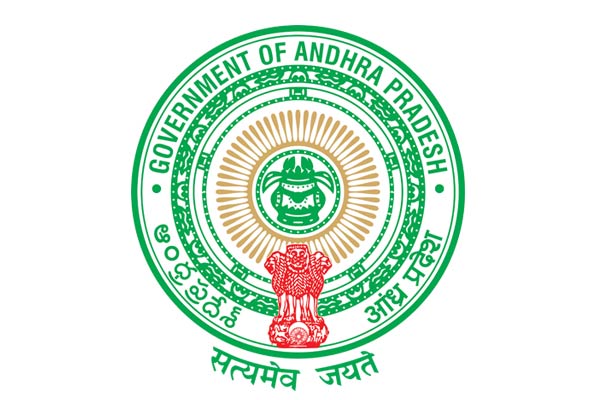 The YSRCP government in Andhra Pradesh headed by Chief Minister YS Jaganmohan Reddy on Wednesday (today) rejected the offer made by Supreme Court Chief Justice NV Ramana to mediate between AP and Telangana to resolve Krishna water row between both the States.

Justice Ramana made this offer on Monday while hearing a petition filed by AP government against TS government on Krishna water sharing.

Justice Ramana suggested both the States to settle disputes through talks amicably instead of approaching courts and offered to mediate for talks.

AP government sought time to tell its view on mediation offer till today.

When the case came up for hearing today, AP government rejected mediation offer and told Justice NV Ramana that it wants to resolve water disputes with Telangana through legal means.

With this Justice Ramana transfered the case to other bench saying he will not hear this case as he belongs to both AP and Telangana.

Though Centre requested Justice NV Ramana to hear this case, he refused to do so.

Chief Justice of India Justice NV Ramana today (Monday) advised Andhra Pradesh and Telangana governments to settle Krishna water row between them through mediation and not through legal process.

He advised both the states to see that water row between them does not become a big problem and try to resolve the issue through talks or mediation before the situation comes out of their hands. He said the involvement of third-party in this issue is undesirable.

Justice Ramana said he belonged to both Telugu States and had earlier argued water cases of Undivided Andhra Pradesh in courts.

Justice Ramana said he will not comment on the legal issues involved in the petition filed by AP government.

He said if both the Telugu States still want to resolve this issue through legal process, he will shift the case to another bench for hearing.

AP’s lawyer Dushyant Dave told court that he will seek the opinion of AP government on this issue since the case involves political significance.

What did AP gain by taking water dispute to Central Government?

Did the Andhra Pradesh Government seriously err in seeking the Central Government control over 107 major and medium irrigation projects? Though it may temporarily help in preventing Telangana’s adventurism, will it seriously hurt the AP interests in the long run? Will Andhra Pradesh too end up at the wrong end of the stick? These questions are now being hotly debated in the political circles in both the Telugu states.

While this may temporarily affect the Telangana’s propensity to take up Lift Irrigation projects and deploy its police forces, it will also stop AP from taking up projects on the river. The AP too will end up losing control over the operation and maintenance of the irrigation projects. This applies to both the ongoing projects as well as the existing projects. Secondly, the AP too would be at the mercy of the Centre for the release of water for irrigation and power generation. AP too would end up losing bargaining power over barrages, dams, reservoirs and regulating structures. The complete control will pass into the hands of the Krishna and Godavari river management boards.

Experts also say that both the State governments will have to deposit Rs 200 crore each to the River Management Board to lord over them. What more? They cannot even call for tenders for the ongoing projects. Now, this authority too shall pass into the hands of the Central Government. So, the question is what did Jagan achieve from this? 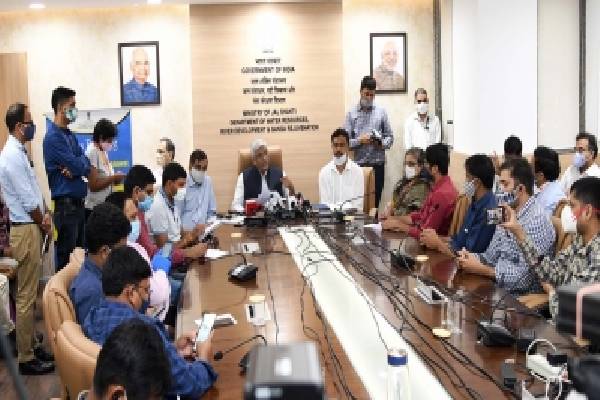 Andhra Pradesh government advisor, Sajjala Ramakrishna Reddy said justice with respect to river waters is directed towards his state as he welcomed the gazette notification.

Reddy opined that had the purview of the river boards been decided at the time of united Andhra Pradesh’s bifurcation itself, projects like Palamuru-Rangareddy would not have been completed.

He said the Telangana government has wasted water for power generation which is detrimental to Andhra Pradesh’s prospects.

BJP Rajya Sabha member G.V.L. Narasimha Rao said the notification protects the interests of Andhra Pradesh and highlighted that either of the states can go ahead with projects only after mutually discussing and procuring the river boards’ assent.

Both the Telugu states — Telangana and Andhra Pradesh — can build water projects or use water for hydel power generation only after taking the river boards’ approval as mandated by the notification, Rao added.

“On behalf of BJP, we all thank Prime Minister Narendra Modi and Jal Shakti Minister Gajendra Singh Shekhawat for releasing the notification aimed at doing justice to both the states, primarily to Andhra Pradesh which was losing out,” he said.

Besides the notification, the Krishna River Management Board (KRMB) on Thursday directed the Telangana government to immediately cease power generation from the common reservoirs.

He said that water drawn for power generation is incidental to irrigation and drinking water needs.

“It is therefore imperative to follow the water release orders issued by KRMB,” Muanthang added. 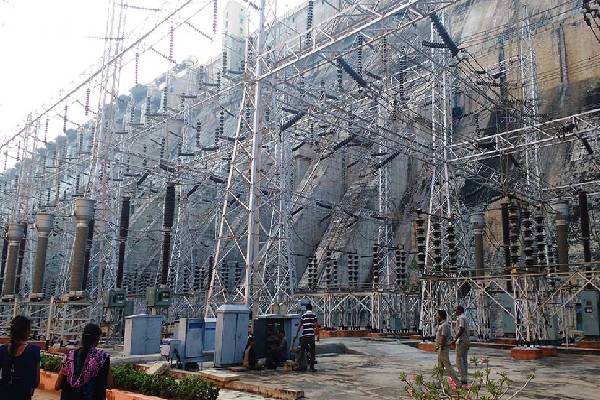 The Telangana state government on Saturday stopped hydel power generation at Nagarjunasagar dam on its own all of a sudden.

This surprised all as TS government refused to stop power generation despite repeated complaints by Andhra Pradesh government for the last two weeks.

AP CM YS Jaganmohan Reddy had even complained to PM Narendra Modi twice in the last ten days against TS government and requested him to ensure TS stops power generation as water levels in Nagarjunasagar, Srisailam, Pulichintala on Krishna river were depleting due to power production pushing AP into irrigation and drinking water crisis.

TS ignored all these complaints and generated 30 million units in the last 11 days since June 29 at Nagarjunasagar.

TS reportedly stopped power generation after it felt that it had generated enough power required to run lift irrigation project motors like Kaleshwaram. TS government is incurring huge expenditure on power bills of lift irrigation projects if it uses costly thermal power. Thats why it is favouring cheaper hydel power.