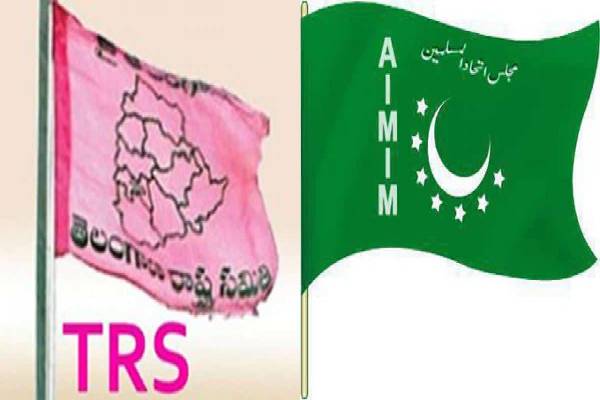 TRS and AIMIM are ‘friendly parties’ in Telangana since the formation of Telangana state in 2014.

The TRS government gives more prominence to Owaisi brothers and all their requests on minorities issues are resolved on a war footing.

However, the friendship between TRS and MIM have not landed in troubled due to GHMC standing committee elections.

Elections will be held on November 15 to elect 15 members for GHMC standing committee, the powerful body in GHMC.

The 150 corporators in GHMC have to elect these 15 members.

TRS and MIM planned to share 15 standing committee members among themselves.

But no consensus was reached. With this, MIM members filed 7 nominations for elections.

The TRS has decided to file 9 more nominations on Thursday (today).

With this, there is no scope for unanimous election.

TRS and MIM have to fight election on November 20 to win 15 seats unless KCR, KTR and Owaisi brothers sit together and come to an understanding on seat sharing.

The last date to withdraw nominations is November 15.

If they fail to reach a consensus before November 15 and withdraw nominations, then the fight between TRS and MIM is imminent.

Telangana MIM not for sharing power 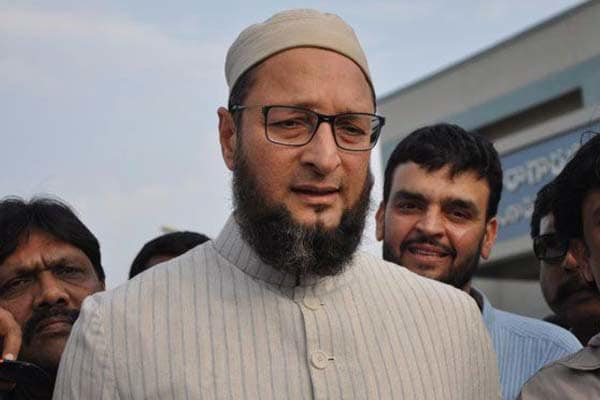 MIM leader and MP Asaduddin Owaisi has ruled out his party’s chances for sharing power. The MIM has been supporting different parties for several decades but it has never become partners in any government so far. After meeting with TRS chief Chandrasekhara Rao for nearly three hours this afternoon, Owaisi has talked to the media and said his party has no wishes to share power.

On the contrary, Owaisi asserted TRS will not require MIM support this time also and it will form the government on its own by getting enough majority. He created a sensation this afternoon by going alone to the TRS party headquarters on a motorcycle to meet KCR.

Owaisi said the people of Hyderabad have led a peaceful life under the KCR regime and the entire state is wanting KCR as CM for another term. He recalled he had met KCR prior to announcement of dissolution of the Assembly and also prior to the elections. Owaisi told media he would once again meet with KCR tomorrow on the day of counting as well.

The MIM leader’s repeated announcements of support come amidst rumours of Congress leaders trying hard to win Owaisi to their side. The TRS is also leaving no chance to ensure it would not face any disadvantage in the event of a hung assembly.

BJP and MIM praying for hung assembly in Telangana? 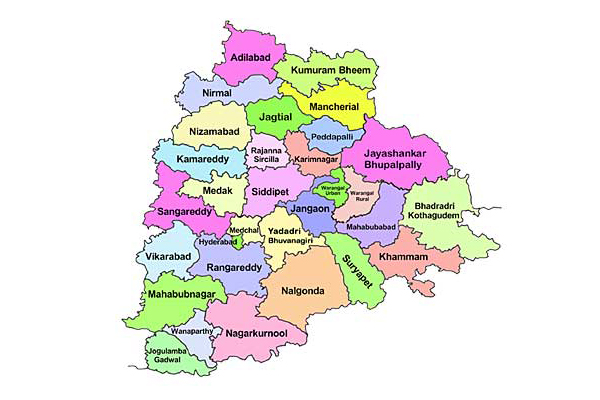 Both the BJP and the MIM carry the communal tag and both of them are not main contenders for power in Telangana polls. But both the parties are hoping to take advantage if there is a hung assembly. The election trends say the Prajakutami allies have picked up strength significantly in the past few weeks and they are offering tough fight to the TRS party. This has led to a highly competitive situation where there are multi-lateral contests and any winner gets a small majority.

The BJP aims to get what best it can in this scenario and win not less than 15 seats so as to play a decisive role in the formation of a government. The party leaders believe their candidates are stronger in around 25 seats. If good efforts are made combined with workable strategies, the BJP expects to reach its target. Only with this idea in mind, the BJP national leadership has ensured that PM Modi, Amit Shah, UP CM Yogi Adityanath and scores of top leaders take part in electioneering.

Where the BJP hopes to win, there are strong rivals from the Congress, the TDP and the independents. The party is locked in triangular and quadrilateral contests. The only hope for the BJP is to look for the split of vote between the main contenders of TRS and Prajakutami.
But it remains a puzzle what direction the BJP will take in the event of its having an opportunity to play kingmaker. From the beginning, the Congress and the TDP accused the BJP of secretly supporting the KCR government. Though there is no open alliance, the BJP and the TRS are charged with having secret understanding in the present election. Regardless of these secret deals, the BJP will meet with disaster, say Prajakutami leaders, who have their own calculations.

Has TRS graph fallen to a losing point? 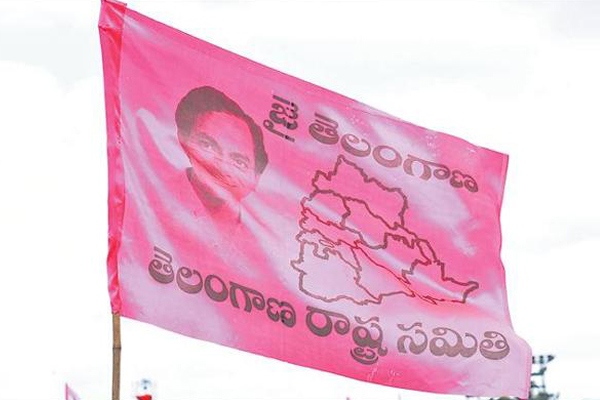 Each day there is some perceptible change in the overall political atmosphere in Telangana election scene. What appeared to be a clear edge for ruling TRS weeks ago now took a new turn against it. The Praja Kutami allies seem to be gaining foothold to a level where there is likely a strong fight or a do or die battle for power in December 7 election. As Sonia Gandhi and PM Modi addressed their election meetings, the entire scene seemed different for TRS.

However, KCR is cool and peaceful, apparently thinking of his own electoral calculations. His main hopes are on to what extent the Bharatiya Janata Party and the Bahujan Samaj Party will split anti-incumbency vote. KCR’s graph appears to have fallen in the past few days after Prajakutami allies could successfully overcome their differences and they are putting up a united show. This became something of a compulsion for them to achieve their common goal to unseat the KCR regime some way or the other.

With the Congress, the TDP, the TJS and the CPI leaders launching a combined offensive, the TRS show led by KCR and KTR looked shaken to some extent. But the TRS leadership is apparently relying on electoral arithmetic rather than immediate impact of electioneering. Meanwhile, analysts do not rule out the possibility of a nail-biting suspense on the day of counting. It is for certain the Prajakutami allies have risen to give a strong challenge. The Congress leaders are on a high last few days especially after the success of Sonia Gandhi public meeting.

On its part, TRS has got secret support from MIM party, which has presence in many parts of the state. In case of no party getting magic figure of 60 out of 119 seats, MIM’s role will become crucial. All these aspects considering, Telangana poll is going to be a suspenseful event this time. 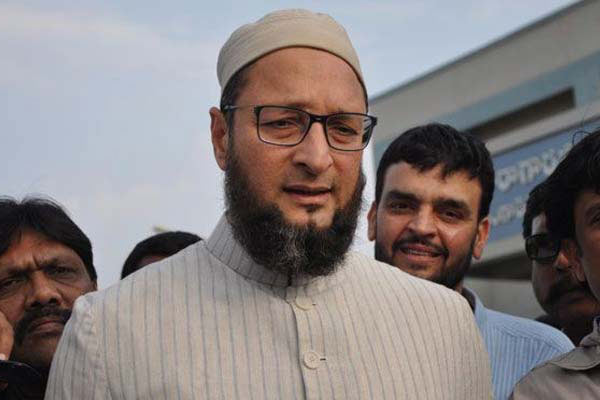 Asaduddin Owaisi, president of MIM party, made sensational comments on Congress leaders. He told, Congress leaders offered him party fund of 25 lakhs if he cancels his meeting in Nirmal. He also told, he recorded the phone call and he has that audio proof on his allegations.

Owaisi is openly supporting TRS in this assembly elections. He attended Nirmal meeting to support TRS candidate there. He spoke in favor of TRS and reminded people on all welfare schemes introduced by TRS government. He also added that Congress and BJP – both these parties are cheating minorities. He urged people to vote for TRS in this elections. As Nirmal constituency has significant population of Muslims, MIM leader’s support to TRS is expected to benefit the ruling party.

However, his comments that Congress leaders offered him 25 lakhs and asked not to attend this meeting created sensation among political circles. As Owaisi told he has audio proof of this as he recorded the phone call, Congress leaders also maintaining silence on his allegations.

Congress National President Rahul Gandhi today accused Prime Minister Narendra Modi of resorting to the undemocratic, narrow-minded policy of ‘divide and rule’ to provoke communal feelings and take political advantage out of it.

Rahul addressed a public meeting after inaugurating the Rajiv Sadbhavana Yatra rally at the historic Charminar in Old City of Hyderabad this evening. He charged BJP with dividing different sections of society along religious and caste lines for narrow considerations of grabbing political power across the country.

Rahul said that TRS chief KCR and MIM party were supporting Modi regardless of the damage the latter was causing to the secular spirit. It could not be understood why MIM is supporting though Modi is dividing the entire nation for making political gains, Rahul said.

Rahul also addressed another public meeting at Kamareddy when he said Congress would implement Rs. 2 lakh loan waiver scheme for farmers besides taking measures for hiking crop prices after coming to power in Telangana in December.

Meanwhile, Minister KTR hit back at Rahul saying that Congress chief is making baseless allegations against TRS party keeping in mind the coming elections. KTR said that it was Congress which had done nothing to honour and recognise the contributions made by Ambedkar to the country. He recalled that it was VP Singh government which conferred Bharat Ratna on Ambedkar and not Congress. 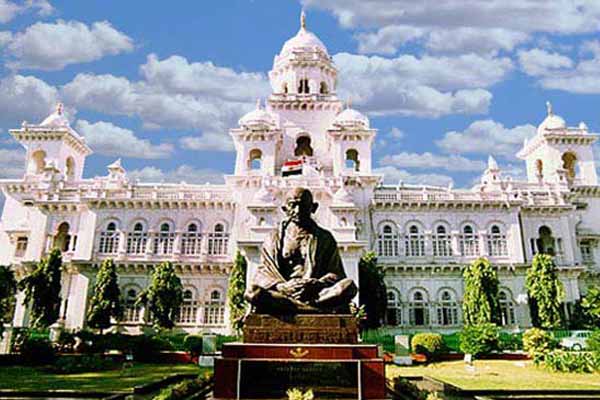 Even after two and half years of his government, completing more than half of the term, following many other ruling parties of the country, Telangana Municipal Administration Minister K Tarakarama Rao blames the previous regimes for the prevailing drinking water problem in the `global city’ Hyderabad, especially in the Old City.

Replying to a question in the State Legislative Assembly during Question Hour today, he said however, the State Government was taking corrective steps to improve the water supply position. He admitted that drinking water was one among three major issues for his party’s grand success in the Greater Hyderabad Municipal Corporation (GHMC) polls by winning 100 of 150 seats. Other major issues are power and law and order.

He assured that the drinking water needs of the city would be met on priority basis. He said he was ready to convene the meeting of city legislators on the issue and the government was also ready to take up short discussion.

Refuting MIM leader Akbaruddin Owaisi’s accusation that the Old City is being neglected, the minister said that as against the revenue of Rs. 93 crore, the Hyderabad Metropolitan Water Supply and Sewerage Board (HMWSSB)spends Rs. 115 crore in the Old City. However, he admitted that the government was unable to assess the details of water needs in the Old City. He also listed out various works which were sanctioned for the Old City. 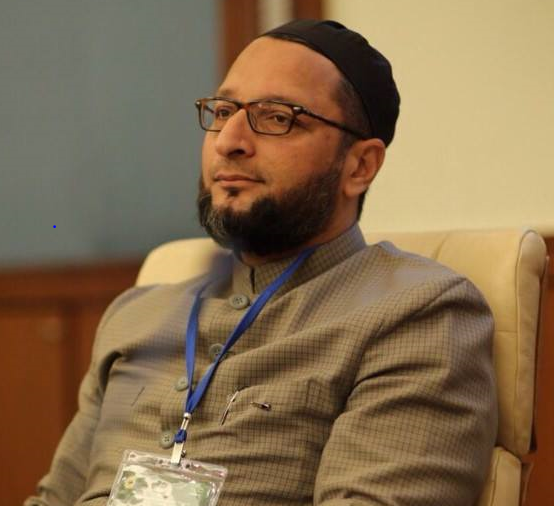 Asadudddin Owaisi, Majlis-e-Ittehadul Muslimeen (MIM) MP from Hyderabad, questioned the wisdom in awarding capital punishment to Yakub Memon on charges that he conspired the 1993 Mumbai blasts.

The MP felt there should some leniency towards a person who surrendered to the police. He said Memon was not arrested.

He took his opposition to the Yakub Memon’s death penalty to social media and asked why Memon should be hanged when he proved the involvement of Pakistan hand in the 1993 Mumbai blasts which killed 257 injuring 700.

He termed the demolition of Babri Masjid as an “original sin” and responsible for these blasts.

Owaisi sought to know if the government was planning to bring the conspirators of the demolition of the Babri mosque in Ayodhya, that triggered clashes across the country, to book and award death penalty.