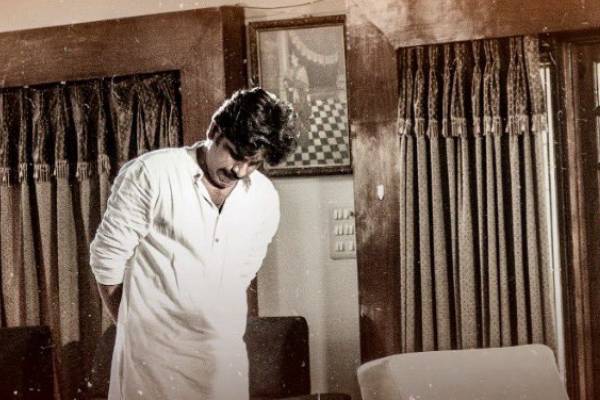 Controversial director Ram Gopal Varma manages to mint money in some or the other ways with his films. His recent film Powerstar had nothing interesting and all those who spent Rs 250 for the film are utterly disappointed. But, RGV is a happy man. The film is made on a shoestring budget and is wrapped up in less than Rs 10 lakhs. He is said to have got enough money on the first day through pay per view basis.

The film neither betrayed Pawan’s fans nor impressed the anti-fans of Pawan Kalyan. Mega fans made enough noise and some of the diehard fans even went on to make movies on RGV. But the target of RGV was well achieved by the end of Friday. RGV is planning many more satires in the coming days. His team is working hard without breaks during this coronavirus season and RGV has Murder, Coronavirus and Thriller ready for release soon. 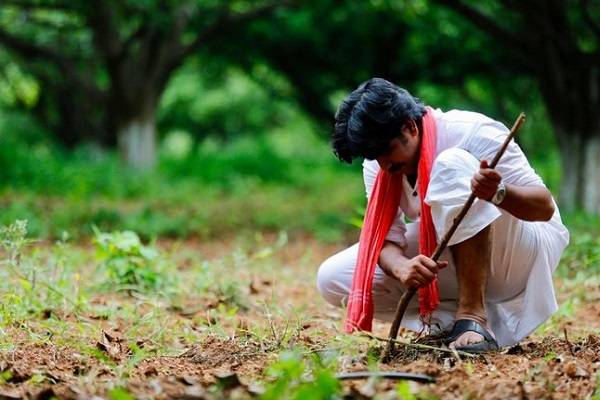 Maverick director RGV has been in news recently because of his movie ‘Power star’ and OU JAC leaders’ attack on his office. The film released today 11 am but gave a surprising shock to the viewers as Varma seemed to have taken U-turn and dished out completely unexpected climax. In fact, most of the viewers who booked the movie got a rude shock after watching the movie. Details as below.

This is NOT a completely negative movie on Pawan like those SSK movies on NTR:

Fans and their adulation has always been a sensitive issue in Telugu and Tamil film industries. When RGV announced Power star movie, the fans of Pawan Kalyan became very uneasy and feared what this maverick director will offer through this movie. Usually, such satiric movies end with strong negative comments on the lead role. For e.g. Gandipeta Rahasyam movie, a sarcastic movie on NTR made by Superstar Krishna, ends with a scene in which people pelt stones on NTR character. Most of the movies made on NTR by Super star Krishna as well as others between 1985-89 had similar climaxes where NTR character is either beaten up by people or flees from the country.

“Power star” not only goes soft on Pawan but also certifies his integrity:

Pawan fans also feared if Varma would give such a negative climax to their favorite star and started opposing the movie. However, as everyone knows, there are not only fans for film stars of South India but also many more anti-fans and Pawan is not an exception. These anti-fans of Pawan promoted and supported the movie in a big way in social media. But after seeing the movie they received rude shock for 2 reasons. One, the movie does not end with a negative tone on Pawan. Rather, it ends on a very high positive note on Pawan and his political future. The initial scenes that target Pawan negatively also do not cross the line. Moreover, the film portrays Pawan as an honest man who lost the elections mainly because he was misled by people very close to him. It even condemns the allegations that Pawan took the package from TDP, as alleged by his political rivals.

Secondly, instead of showing Pawan in a bad light, as expected by most of the ticket buyers of the movie, the film shows Chandra Babu Naidu character in a bad light and there was a scene that shows Pawan regretting joining the hands with Chandra Babu in previous elections. This scene may not go well with fans of TDP and fans of CBN. Moreover, there is a scene in which hero Bala Krishna is referred to as ‘Bul Bul Krishna’, probably after the famous blooper of the star in which he mispronounces the words in ‘Sare Jahaa se Acha’ song.

Overall the film gives a rude shock to the viewers who expected satires on Pawan Kalyan, not only by going soft on him and certifying his integrity but also by criticizing the stars and politicians of the other party. 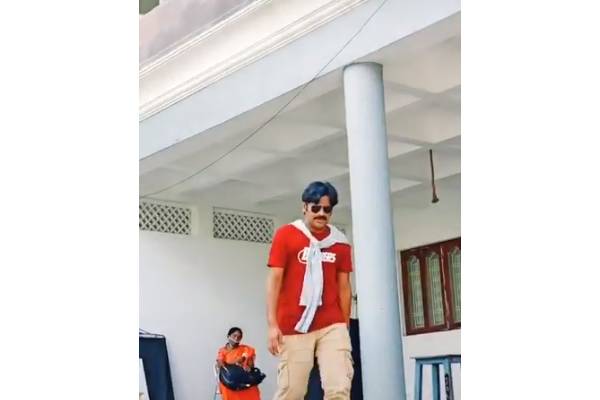 Veteran director Ram Gopal Varma is not bothered about the results of his projects. He is the only Indian director who kept himself busy shooting for various films during this coronavirus lockdown. Some of them released on digital platforms but the response has been utterly disappointing. RGV has been penning a satirical film on Mega family and he announced the project today. The film is titled Powerstar. He hinted that the film will feature PK, MS, NB, TS. One can clearly make it out of the short forms who the celebrities are.

A Russian woman, four children and eight buffaloes will be seen in other roles, satirically said RGV. Ram Gopal Varma said that no prizes will be given for understanding the characters of Powerstar. Varma is currently busy wrapping up the shoot of Murder that is based on Amrutha-Maruthi Rao story. RGV’s Coronavirus is waiting for release soon.

BREAKING NEWS: My next film on RGVWORLDTHEATRE is titled POWER STAR ..it will be starring P K, M S , N B , T S, a Russian woman , four children , 8 buffaloes and R G V ..No prizes will be given for understanding who the characters are #RGV’sPOWERSTAR

The importance of being Pawan Kalyan 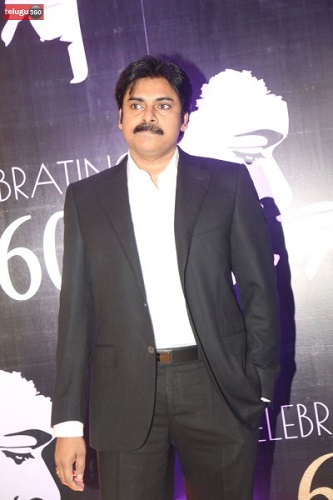 [intro]What makes Pawan Kalyan click,  is something that baffles experts and the media. Here’s a short attempt at unwrapping the mystique behind the man.[/intro]

Tollywood has had many stars who cast a spell on the audiences in every generation but if there is one Universal Star who created a mystique and aura about himself in a limited span over the last decade or so,  it is Pawan Kalyan. What makes Pawan Kalyan click is something that baffles commentators and media experts.

Did he complete at-least 20 films in his twentieth year in Tollywood ? Hardly, he starred in just 16 films. Okay, if you take his fleeting presence in Shankardada MBBS, it is just 17 films.

Does he have bankable magic at the box-office? Nope, in the entire career, only five films have become blockbusters – Tholi Prema, Kushi,  Jalsa, Gabbar Singh and Attarintiki Daaredi.

Is he a media-savvy personality and does he endorse brands? Again, rarely. Except for a solitary Pepsi ad, Pawan never became serious about endorsements and he makes a media appearance only to make a point or two in his new political innings – as a bystander and conscience-keeper of  BJP and TDP –whom he supported in the last elections.

Does he run Blood-banks and Eye-banks to channelise fan activities? Did he act in diverse scripts? Does he command the top remuneration? Is he a good dancer? Does he speak flawless Telugu? None of these apply to Pawan again. But his emotional connect with the masses and classes is almost hysterical. There’s something enigmatic and endearing about him which makes producers and fans flock to him for more even as  the choices outside of PK are abundant.

If one were to attempt an analysis of his mystique, few factors stand out to explain the phenomenal following of Pawan Kalyan.

He is a natural actor and is comfortable in his skin on screen. No awkward or complicated dance moves, no obscene body language and no imitations of any other star except a momentary recount of Megastar in a few frames. It helped him carve out a niche for himself as an angry young man who is both intense and  calm like a sleeping volcano.

As a hero, he composes his own stunts, pens his scripts sometimes, and vastly improvises on the sets by altering the dialogues to suit the sensibilities of his audience and his own body-language. The combination of these talents helped him connect better with his audience because the fans think he is an all-powerful hero who is a superman of sorts. Improvisation is seen as a crime in movies but Pawan has raised the game to a different level with his impromptu suggestions and spontaneity. At times, it  resulted in failed  films at the box-office but the magic of PK never waned.

He never sought success and remained calm under the pressure of faltering films at the box-office. Between Kushi and Gabbar Singh, he tasted limited success. In spite of this,  he gave chances to directors – who couldn’t repeat success with either him or other heroes – like SJ Suryah, Bhimaneni, Muthyala Subbaiah, etc. This gave an impression to many fans that he is a man of values, not success.

His personal life went through many upheavals but that didn’t deter him from pursuing his passions. He never outpriced his competitors in remuneration throughout his career and demanded his share of profit  only when it is in the danger of getting reneged on, e.g the controversy about payments for Gopala Gopala. The turmoil in his personal life never affected his screen presence or his persona – it  became bigger and better.

Many fans believe that he is the most authentic package of a superstar for Tollywood. He has a great sense of comedy timing. He composes stunts which never looked out of place  – they are stunts that you and I can configure with help from some martial arts (in which he is trained well). His public conduct is one of dignity and idealism – he comes across as a well-read, contemplative actor who can speak lines that reverberate with millions of masses.  He is known to practise Vipassana meditation that has helped him weather so many personal and political storms in his life. His content may sometimes lack depth because every star does get carried away, but his charishma is showing no signs of fatigue despite  increasing competition in Tollywood. He is not getting younger but PK’s films still command eyeballs on the opening weekend. Two of his recent films figure in the Tollywood/South Top 10 list.

Apart from his political ideologies, his fans blindly think he stands for some things in life – a good family (even though he is seeking it time and again), empowerment of women and the weak, fighting for good causes (be it Olympic quests or farmer’s rights).  Despite his limitations and structural imbalances in his thinking against capitalism and its benefits, Pawan Kalyan is seen as an intellectually honest star who doesn’t mince his words, enjoys his movies and connects emotionally with his fans across ages.

It is an inexplicable combination of a lot of factors outlined above which makes him the most googlable film personality of Tollywood in recent era. The family which introduced him to the world of films – Mega Family with all the mega heroes perhaps do realise the power of the Powerstar on his birthday. Despite a public outcry against Pawan Kalyan by Nagababu recently, we have seen that both Ramcharan, Varun Tej and Sai Dharma Tej  have sent out fresh teasers about their upcoming films on the occasion of Pawan Kalyan’s birthday. Ramcharan released photos of his childhood facetime with PK and Sai Dharmatej released a scene in which he refers to Pawan Kalyan as “You should not ask whether you watched “Gabbar Singh”? You should ask how many times have you seen it?”.

It appears everybody in the Mega family realises the importance of being Pawan Kalyan and they dare not rub him on the wrong shoulder again. Here’s wishing Pawan Kalyan a happy Birthday. Let the Sardar’s spell continue…