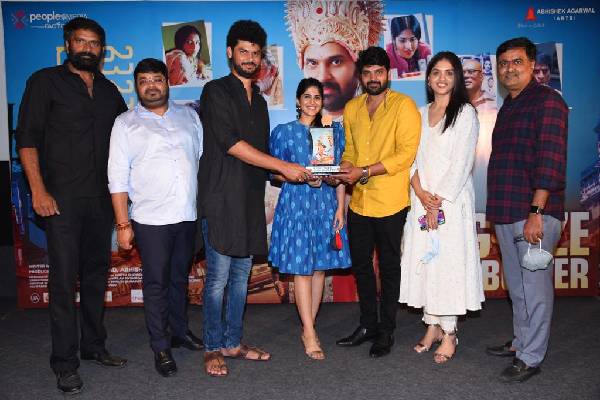 Sree Vishnu’s Raja Raja Chora has ended up as a Kingsize Blockbuster and is into its second week. The team has celebrated its success meet thanking all who played a part in the film, the distributors, media, and the audience.

Speaking to the event, Sree Vishnu said, ” Raja Raja Chora success is a team effort. The producers have helped us big time giving complete creative freedom. This success is because of the media. They have taken the movie to the audience and from there, audience have owned it completely. I will continue to do good films with all your blessings”. 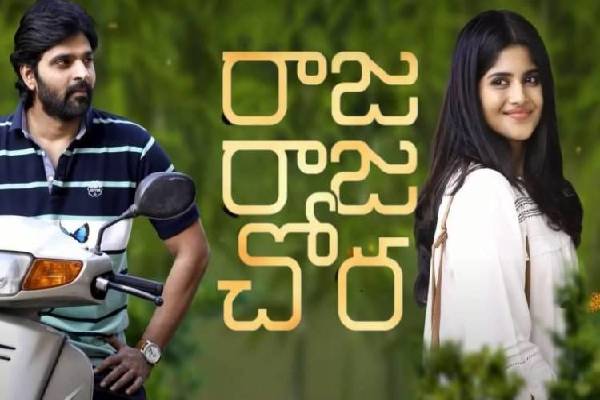 Young actor Sree Vishnu has done sensible films in his career and is away from regular commercial capers. He has done content-driven films and Raja Raja Chora is one more in his career. He is pretty confident about the film which headed a theatrical release today. Hasith Goli is the director and Megha Akash, Sunaina are the leading ladies. People Media Factory and Abhishek Aggarwal Arts are the producers. Here is the review of Raja Raja Chora:

Bhaskar (Sree Vishnu) works in a stationery store for his living but he dupes everyone as a software engineer. Bhaskar falls in love with Sanjana (Megha Akash) who is a software engineer by profession. The duo decides to build their dream home before they get married. To earn big for his living and to make his dream turn true, Bhaskar is into petty crimes and thefts. Bhaskar’s friend Anju (Gangavva) suggests him to wear a crown and clothes owned by her to earn big through a single theft and settle in life. The rest of Raja Raja Chora is all about the hurdles Bhaskar faces in this journey and his equation with Vidya (Sunaina). Watch Raja Raja Chora to know about the twists in this quirky crime drama.

Several young directors have been picking up interesting scripts and they are thrilling the audience with their new-age narration. Sree Vishnu supporting such new attempts is truly a good sign for Telugu cinema. Raja Raja Chora’s director Hasith Goli worked hard on the script and his screenplay, direction will impress the audience though there are minor flaws. Raja Raja Chora has inspiration from the story of Valmiki who is a thief. The director relies much on intellectual sensibilities to narrate the story of Raja Raja Chora which may not appeal to every section of the audience.

Raja Raja Chora is loaded with enough fun and a strong emotional drama. The initial portions of the film are used to establish the characters and they are slow-paced. The first half has nothing much to offer except some sensible entertainment. The interval bang comes as a huge surprise for the audience The first half keeps good expectations on the second half of the film.

Sree Vishnu is magical throughout the film and he is the major USP of the film. He shines with his quirky one-liners and looks perfect in the emotional episodes. He steals the show as a lover boy and as a family man in Raja Raja Chora. Megha Akash is cute and beautiful. Her role was well designed and the chemistry between Sree Vishnu, Megha Akash looks good. Suniana has a new attempt and the actress does her part well. Gangavva adds support for the film. Ajay Ghosh, Ravi Babu, Srikanth Ayyangar and others played some crucial roles and proved their acting skills.

Raja Raja Chora has an interesting plot and the screenplay looks new. The dialogues are good and the quirky one-liners are well penned. The music and background score suits the film’s theme. The cinematography work is good and it supports the mood of Raja Raja Chora. The editing in the second half should have been better. The production values are good and debutant Hasith Goli is decent. He should have focused more on the second half of the film.

Raja Raja Chora is an okayish attempt with a fun-filled first half and an impressive interval bang. The second half has enough flaws and is loaded with emotional drama. Sree Vishnu shines well in this new attempt. 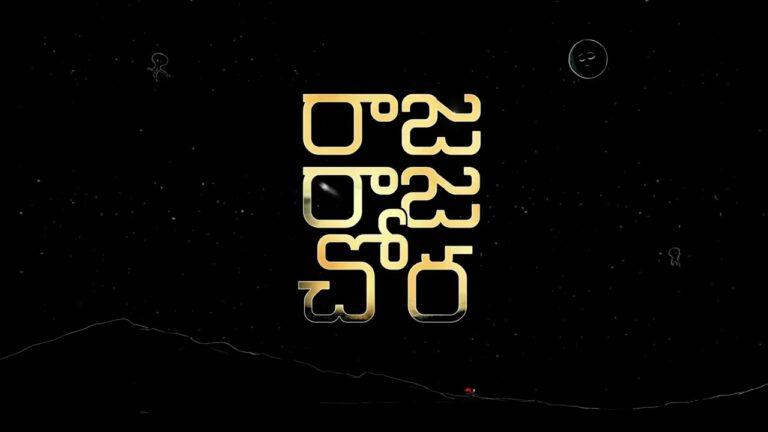 Hero Sree Vishnu is presently doing multiple projects and Raja Raja Chora under the direction of Hasith Goli is one among them. Curiously, all the films are being made with different and novel concepts.

Coming to Raja Raja Chora, the film is an uproarious entertainer where Sree Vishnu will be seen in a hilarious role. Meanwhile, the team has come up with “Chora Gaadha” which narrates an amusing tale of a King and a Robber.

Youtuber Gangavva explains the story to a kid and it is an intriguing premise which assures the teaser is going to be much more engaging. We need to wait till the release of the teaser on June 18th to know who the robber is. 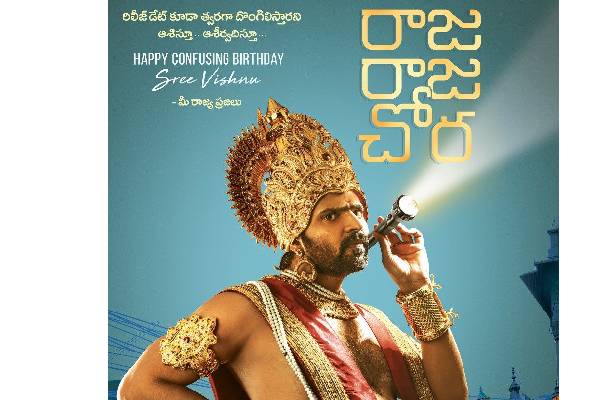 Versatile actor Sree Vishnu who is doing different genre entertainers will be seen as a small time thief in his next Raja Raja Chora. Wishing the actor on his birthday, makers of the film has released a poster where Sree Vishnu appears in Lord Sri Krishna avatar. He is seen searching for something with a flashlight.

Tipped to be a hilarious entertainer, Raja Raja Chora is directed by first timer Hasith Goli under People Media Factory and Abhishek Agarwal Arts. Raja Raja Chora’s shooting was already completed and it is gearing up for release soon.

Sree Vishnu’s other film Gaali Sampath is set for release on March 11th, while he is presently working for an intriguing project Arjuna Phalguna.