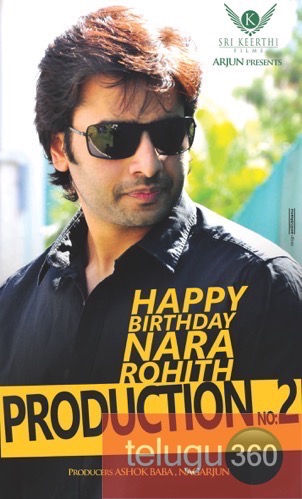 Nara Rohit is one of the fewest actors in the current trend who is making a mark for himself with different subjects in his movies. He proved his mettle as an actor in recent outings and now he is sinking his teeth onto his next projects and determined to make a commercially successful film with an offbeat script.

Now,he has as many as five movies lined up in his kitty. Shankara, Savitri, Appatlo Okadundevadu etc. are his upcoming movies. The young actor is now concentrating on doing more films this year and bringing the best out of him. Recently, he has turned a producer and the actor says that he has no misgivings about handling both acting and producing at the same time.

The young actor is turning 30 and wishes to have a purple patch in his career with decent hits under his belt. He is now focussed on shedding down his weight and have a complete makeover for his next films. From today, he will join the sets of yet another new project which is the remake of Tamil hit Maan Karate. So, Telugu360 wishes Nara Rohit a happy birthday and wish him best of luck for future endeavors.