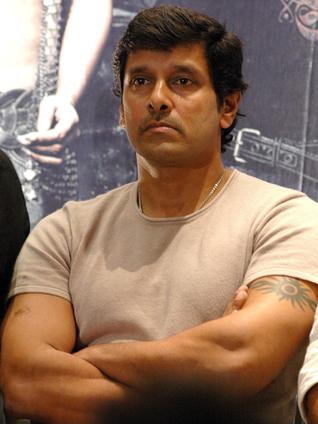 Undeterred by the debacle of Shankar’s ‘I’, versatile actor Vikram is currently busy shooting for his next film tilted ’10 Endratthukulla’. Directed by Vijay Milton, the movie features Samantha as the female lead and charming actress Charmi will be seen in a special song.

The latest update regarding this film is that the director is planning for a high octane breathtaking stunt sequence for the climax in this film. This action sequence will be shot on moving trains and stunt choreographer Sundar will supervise the episode which will be shot in Rajasthan.

Major part of this movie was shot in Chennai, Hyderabad, Sikkim, Ladakh and few other regions. Now, due arrangements are being made for the climax which will get underway soon.

Touted to be a road-trip thriller, this movie has Jackie Shroff in a crucial role. This movie will simultaneously release in Tamil and Telugu.