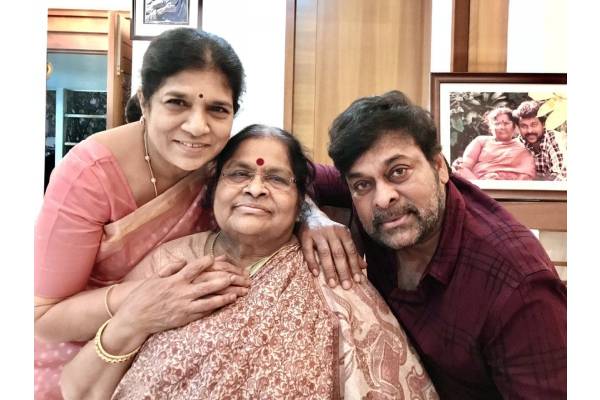 On Mother’s Day, megastar Chiranjeevi, who recently appeared in ‘Acharya’, has uploaded a beautiful video of his mother Anjana Devi.

The ‘Daddy’ actor posted an emotional video to his social media accounts earlier on Sunday.

In it, he and his brothers Pawan Kalyan and Naga Babu greet their mother on the set of one of their movies and share a nice lunch.

The video has now gone viral on social media, as the ‘mega’ bond touches the hearts of their fans.

Chiranjeevi is now working on a number of films, including ‘Godfather’, ‘Bholaa Shankar’, ‘Chiru 154’, and others.