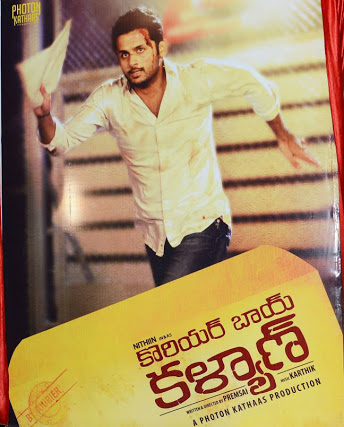 Long back, young actor Nithiin and gorgeous actress Yami Gautham teamed up for a film titled ‘Courier Boy Kalyan’. The film’s shoot was completed last year, but didn’t release due to some unknown reasons. Star director Gautham Menon has produced it and young filmmaker Prem Sai, who earlier assisted Prabhu Deva, has directed the film.

Now, the latest buzz we hear is that the film will hit the screens in September. It is learnt that the unit will do some patch work and get it ready for release. As Nithiin is yet to commence his next project, he is also keen on the long delayed film’s release. He is currently overseeing the production activities of Akhil’s debut and soon he will start shooting for his next film which will be directed by Trivikram Srinivas.