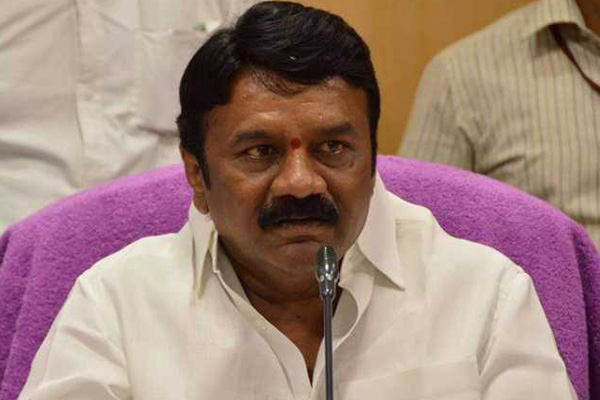 “Why are the Opposition parties worried about KCR? What is the loss for the Opposition parties if the chief minister is not in action? Did the administration come to halt with the absence of the Chief Minister? Have the welfare schemes stopped with his absence? Some useless opposition leaders are unnecessarily raising a non-issue,” Talasani slammed while stating that reimposing lockdown in Hyderabad will be of little help. Perhaps, taking a cue from AP Chief Minister Jagan Mohan Reddy, Talasani said the coronavirus “comes and goes” citing the examples of Home Minister Mahamood Ali, deputy speaker Padmarao and Congress leader V Hanumantha Rao who recovered after contracting the virus.

He said the Opposition leaders were simply wasting their time in worrying over the health condition of the Chief Minister. Without naming any Opposition leaders, he took potshots at them for raising doubts over KCR’s health.

Earlier, State Congress leaders Uttam Kumar Reddy and Jeevan Reddy had raised doubts over the health of the Chief Minister and accused KCR of “hiding” in his farm house at a time the state was going through severe financial and health crisis due to the pandemic. Telangana Pradesh Congress Committee working president and Malkajgiri MLA Revanth Reddy took to his Twitter handle demanding that the health ministry release a bulletin on the health condition of KCR. State BJP and CPI leaders too sought to know the reason behind the mysterious disappearance of the Chief Minister after announcing the PV Narasimha Rao centenary celebrations at a function at PV Ghat on the Necklace Road on June 28. However, KCR had not been active in public programmes or daily press briefings.

In his petition, Naveen stated that more than 30 employees of Pragathi Bhavan, including security personnel and outsourcing staff, contracted the virus over the last two weeks. Further, the petitioner cited that social media was abuzz with the news that the Chief Minister had moved to his Gajwel farm house along with his family members after Covid-19 entered his official residence ‘Pragathi Bhavan’. The petitioner also pointed out that the Chief Minister had failed to discharge his duties ever since he had left Pragathi Bhavan. Further, he contended that officials of various departments too are shying away from their duties taking advantage of the Chief Minister’s absence.

Concerns over the health of the chief minister were being raised with some of his colleagues contracting the virus. The state had been reporting more than 1,500 cases each day. The pandemic has entered all the government offices and several employees were tested positive for Covid-19, forcing the government to shut the government offices. Even legislators had contracted the virus. Telangana Home minister Mahamood Ali was tested positive for Covid-19 although he was discharged from a private hospital after he recovered. Three MLAs, including Jagan legislator Muthireddy Yadagiri Reddy, Nizamabad Rural and Urban MLAs Bajireddy Govardhan and Ganesh Gupta were tested positive for coronavirus.