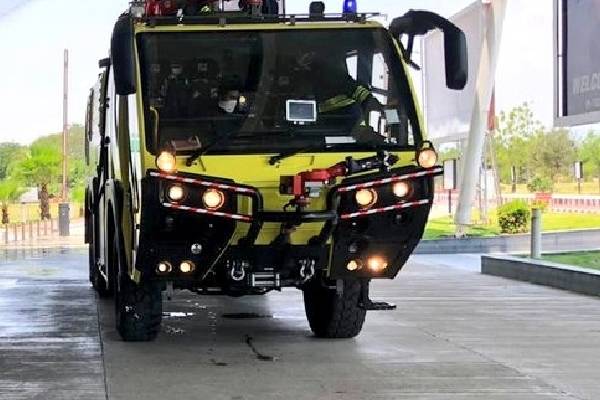 A major disaster was averted at Tirupati International Airport on Sunday when a fire engine overturned on the runway minutes before a flight was about to land.

The IndiGo flight from Bengaluru returned without landing at the airport due to the incident that took place at around 9.30 a.m., airport officials said.

The fire engine, which was on the runway for a routine inspection to give clearance for the flight’s landing, skidded and tilted on one side. No one was injured in the incident.

The airport authorities later cleared the runway and restored the flight operations.

According to Airport Director S. Suresh the runway was cleared in two-and-half hours.