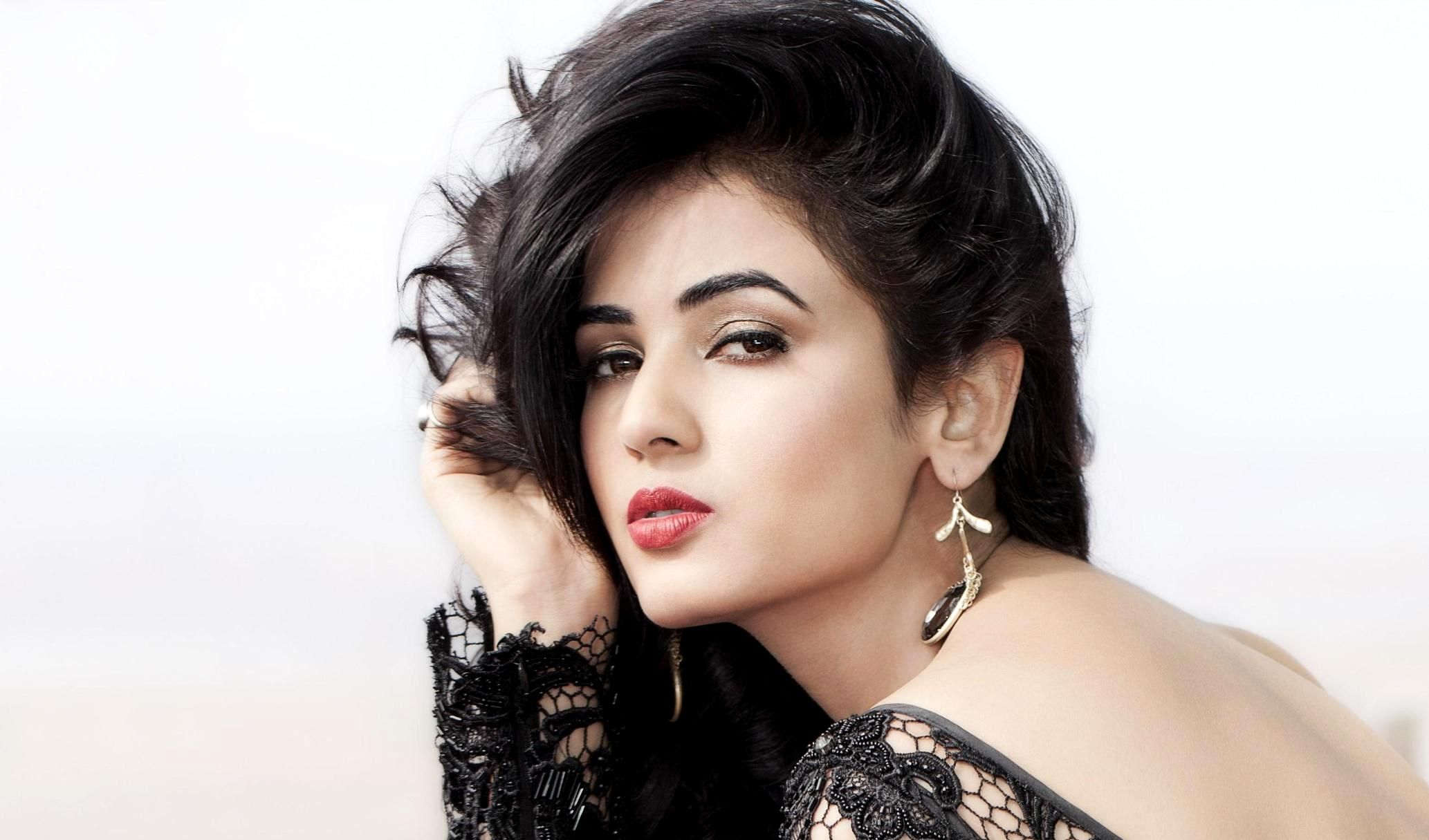 You wouldn’t find Sonal Chauhan on a regular basis giving interviews to the media or hobnobbing with PR’s. It is just not her. Either you will find her on the sets giving her best shot or catching up with some sleep which she primarily values. The pretty actor hasn’t done many films post Legend but suddenly, she is all over doing two films simultaneously and is in the process of signing a third project. Ask her why she went off the radar for a while and she explains, “People don’t see the hard work and struggle I went through. I had two choices – either I pick what is coming my way or  wait and do something that I think I really think is worth giving a shot. I wouldn’t say I got lucky but I did pick and choose films. In Pandaga Chesuko, I got the opportunity to see a different side that people have never seen me do. For that matter Size Zero is about a girl, an overweight woman and I notice that the industry is opening up to good off-beat subjects. Size Zero is a bilingual and this time, the Tamil audience will hopefully notice my work. I am getting more comfortable with Telugu, but I am far from perfect.”

“I have been an introvert all my life. Because  I am such a person and when I am playing certain characters it is like an outlet. I can take it out from me. It was a recent realisation. Maybe, there is an expressive side to me and when I do let it out, that gets very satisfying. I am quiet and don’t open up to too many people. I do think sometimes that the creative part is not something that is just written on a piece of paper and given to you and you rattle off the dialogues. There must be something within you. I am always looking for my flaws. When I see some snaps, hear my voice recorded or sometimes see myself on the monitor, I am greatly baffled. I avoid looking at myself. I feel the discomfort and somewhat weird. I try to disconnect myself later from the person on screen when I get back to my room. If the role is very heavy and it is a serious character, there is a hangover. For example, when I was shooting simultaneously for two films, between Pandaga Chesuko and stepped into Sher, I felt myself behaving like the role I did in PC. I had to tell myself to let go and get into this particular character.”

“I am not too much into gazing into the mirror. It is a technical job and once the make up is done, my focus is on dialogues and delivery. There are times you get no sleep. You reach on time but  you are called for a shot at the end of the day. It is frustrating but I guess all actors have to deal with it. Since I have been into modelling, I am used to all this. Actors are being more used to living in luxury. So, whenever I got something more, it was just a bonus. Modelling prepared me in a good way. The more people you interact with, the more you learn. It is not like a regular job where you meet the same people every day. In our profession, we go to different sets, different locations, meet different technicians and grow up faster. We experience more than a normal person would. You meet wonderful people  where you learn a lot of things and whom you want to sit and talk to. On the flip side, there are a lot of jerks and wrong people too. Such times, you cry because you come from a protected family and suddenly you are thrown in such a situation. But, each day teaches you.”

Are film people frogs in the well? Certain people are obsessed with films. Their world begins and ends with films and there are certain people who want to expand their horizons. I fall in the second category. I have friends who have nothing to do with the industry. I am not confessing to be super intelligent but I am aware of what’s going on in the world. Am I simple as I sound? I am very complicated and I don’t understand myself. My mum is a very nice human being. We three sisters are very simple girls. I am unlike them in some ways. I am indecisive and very confused. If you are passionate about something, you should be doing it. There are some who do films for money and aren’t dedicated enough. That really irritates me. But you learn to deal with it. I love sleeping and when I don’t shoot, I am a loner or hang out with my sister. I feel if there is no work coming and if you go and party and meet people, you won’t get movies. There are times, we make plans and if the plan gets cancelled we are the happiest. After films what? I haven’t really given it a thought but I always wanted to do something that drives me. I am a dog lover and probably one day, I would put up a shelter for homeless dogs on the hills in Mussorie or Manali. I want to put them up for adoption too. In Mumbai, there isn’t too much space.

Last year when I was driving in Mumbai, it was a Sunday and none of the vets were open then. I was in Juhu. I saw a kitten and she was so cute. It was going round and round on the road. I realised she was injured and badly hit on the head.  Birds were trying to nibble at her. It was bleeding and the doc told us that she had a concussion. I was scared to pick her up as I thought I would hurt her bone. I asked a passerby to put her in my car. I was roaming for one and a half hour and I couldn’t find a Vet. A friend guided me to a government hospital for animals. They said it was the most injured animal they ever treated. I thought once she recovers, I would take it home. I would visit her every day and one day I couldn’t go and asked a friend to visit her. She said, she has become weaker and when I went the next day, she was already gone. I always think, maybe had I taken her next day to a better Vet, she would have been alive. I am obsessed with dogs. Recently my twenty year old dog died. I told myself I would never have another at home. It is a bad feeling when you lose one.”