CM Jaganmohan Reddy planned a grand celebration of Srisailam reservoir getting full with waters. He was scheduled to visit the dam site and hold elaborate puja there today. All of a sudden, the fire tragedy struck at the Srisailam hydel project. The Chief Minister’s Office had no choice but to get his visit cancelled at the last minute.

As per the plan, the CM was to take an aerial survey of the the flood waters in the Krishna River in Kurnool district after his puja at the dam. A review meeting with the Srisailam project engineers was planned at the dam site. The ruling party leaders planned lot of programs to get huge publicity for Jagan Reddy puja. There was lots of euphoria in the YSRCP on the dams getting filled with water.

With the fire mishap, the CM’s review meeting on the Rayalaseema Lift Irrigation Project was also postponed. Actually, Jagan Reddy is going ahead with the project despite the objections raised by the Central Government. Only after the BJP made it an issue, KCR also objected to the Rayalaseema Lift project. Now, in the name of puja to Srisailam waters, the CM expected to once again get focus on his efforts to get Krishna waters to Rayalaseema region. In the past, KCR also repeatedly said that every nook and corner in Rayalaseema would get water if Telugu States cooperated with each other. 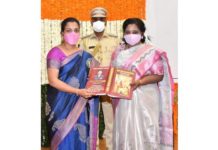