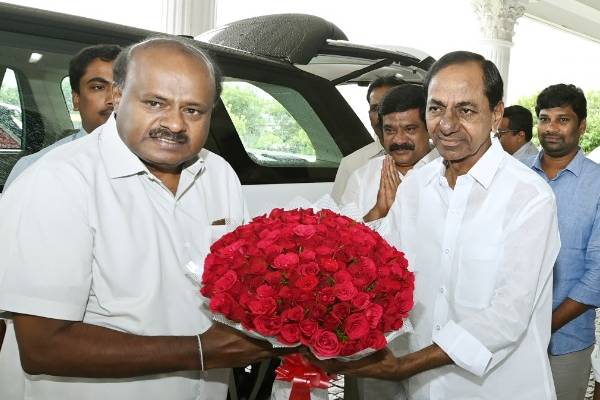 According to the Chief Minister’s Office, the two leaders discussed the development of Telangana, the role of regional parties in national politics, the key role chief minister Rao should play in the national politics in the present situation and other national political issues.

The meeting assumes significance in the wake of Rao’s efforts to bring together like-minded parties ahead of 2024 elections.

The TRS leader, who is trying to forge an alliance against the BJP government at the Centre, has been holding talks with leaders of various regional parties.