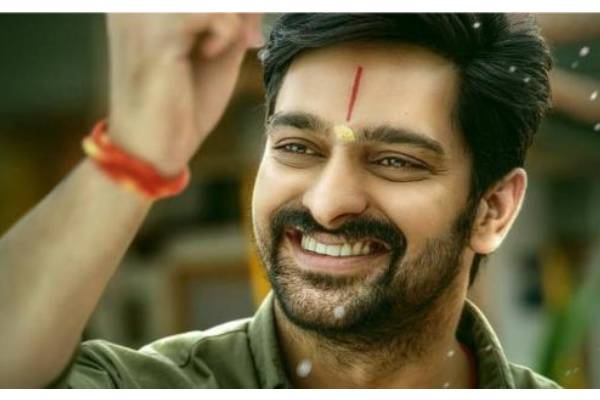 Naga Shaurya and Shirley Setia look delightful together in the poster where they can be seen enjoying a bike ride. While Shaurya wore a panche kattu, Shirley Setia draped in a traditional saree.