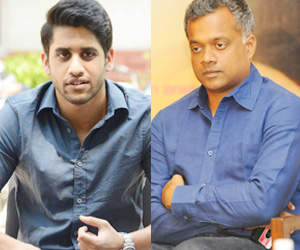 Undeterred by the failure of his last outing, Akkineni Naga Chaitanya is now completely focussed on giving his best for the upcoming movie in Gautham Menon’s direction. The film’s new schedule will kick-start from tomorrow and the unit will shoot a high-powered action sequence between Chaitanya and a team of fighters.

Singer Baba Sehgal is playing an interesting role in this movie. Renowned writer Kona Venkat is producing it and Ravinder Reddy is the producer. Manjima Mohan, a newbie, is paired up with Chaitu in this film. Music maestro AR Rahman is composing tunes for this film.