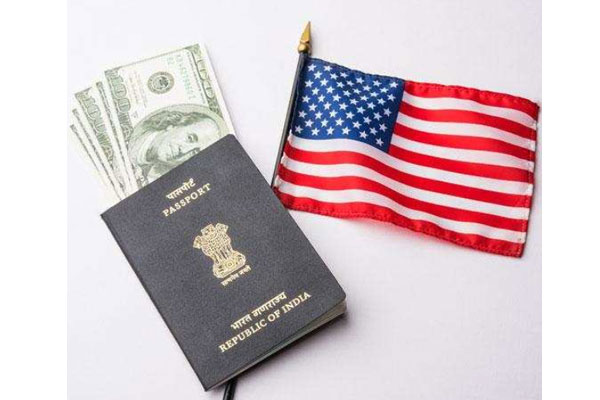 India on Thursday said there was no official word from the US on a “source-based” media report about capping of the H1B visas, of which Indians are a major beneficiary.

External Affairs Ministry spokesman Raveesh Kumar also said that India will take a decision, which is “guided by our economic and security considerations”, on the US warning that Indian companies found supplying equipment or other products of American origin to Chinese mobile company Huawei or its units could face punitive action.

Addressing the media, he said all issues that are “on the table” will be discussed when US Secretary of State Mike Pompeo travels here June 25-27, marking the first high-level visit from America since the new government was formed in India.

“Whatever issues exist, I think will be discussed appropriately,” Kumar said on the talks that Pompeo will hold with External Affairs Minister S. Jaishankar.

“We are looking forward to visit… This is the first incoming high level visit after the polls.

“We look at this as an opportunity to discuss all the issues which will be on the table,” he said.

Replying to questions, Kumar said it would be unfair to speculate about the issues that would be discussed or the outcome of the talks.

“Most of the issues under the bilateral framework will be discussed. Also some discussion will take place on regional and global issues of mutual interest,” he said.

He said the relations with the US are diverse and deep-rooted.

“There has been growth every year in the last few years. Since 2001, there has been a seven-fold increase. It keeps growing,” he added.

He noted that 500 US companies are operating in India and that the contribution of Indian Americans in the growth of US economy is also recognized.

Besides, India has been granted the ‘Major Defence Partner’ status by the US, which has also supported India’s candidature for permanent membership of the UN Security Council, he said.

“Plenty of action is happening in bilateral relations,” Kumar said.

Replying to a question on a media report, which suggested that the US was going to cap the H1B visa quota for India, the MEA spokesperson said: “It is a source-based report… We have not heard anything officially from the US government on this matter. We remain engaged with the US Administration and we remain engaged with the US Congress on this matter.”

He added that India has reiterated, from time to time, the contribution of Indians in the growth of US economy and “we will continue to do that”.

Replying to a question on the US threat of punitive action to Indian companies found supplying equipment or other products of American origin to Huawei or its units, the spokesperson said: “It (the matter) is related to the Department of Technology. But it is being debated across continents.”

“We will take a decision which is guided by our economic and security considerations,” he added.

He pointed out that the Commerce Ministry had issued a press release earlier this week, in which the Commerce Minister said there should be a proper synergy towards realizing full use of digital technology, together with trade and investment and also how it is to be balanced with national priorities and sensitivities.

“What we articulated is in line with the best practices followed elsewhere.