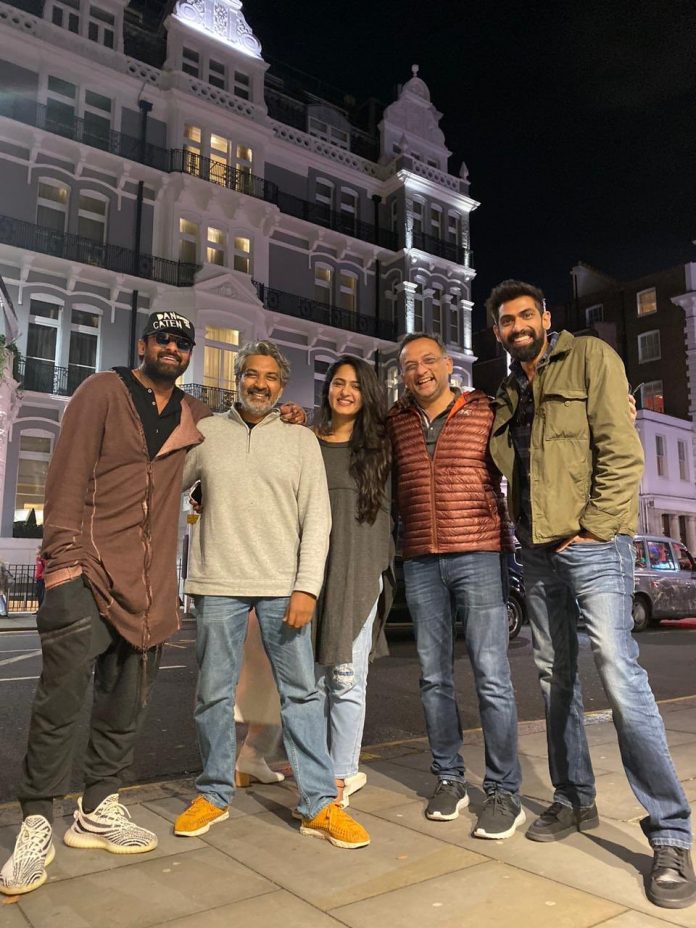 After smashing numerous box office records and bagging many international laurels, India’s biggest motion picture Baahubali : The Beginning is set to add another feather into its cap as it is going to be screened at the Royal Albert Cinema Hall in London this Saturday ( October 19th). This is the first non English film that will have a screening along with elaborate live symphonic orchestra which will be performed by its composer MM Keeravani.

To witness this rare honour, the core team of Baahubali has reached London today. The film’s director SS Rajamouli, producer Shobu and the principal cast Prabhas, Rana Daggubati and Anushka are going to attend this screening. Rajamouli took to Twitter and posted the picture with the caption Royal Reunion of team Baahubali in London.

The Albert hall is celebrating 10 years of Films in Concert series and selected three international films to screen along with live orchestral accompaniment. Harry Potter and Goblet of Fire and Skyfall are the other two films that have bagged the distinction.