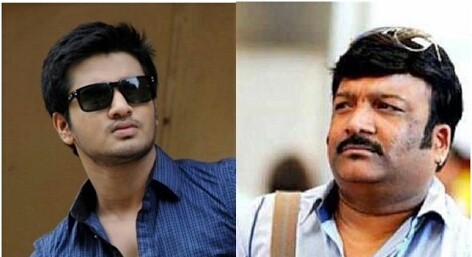 Star writer Kona Venkat,who has carved out a niche for himself as a top script and screen play writer in Tollywood, is currently busy producing a film with young actor Nikhil. Titled Sankarabharanam, the movie is being directed by debutante Uday Nandanavanam.

As per the latest update, Kona Venkat has turned a choreographer for this film and composed dance moves for a song in the film. Nikhil himself has confirmed the news a few hours ago and currently the song shoot is going on. Nanditha is playing Nikhil’s love interest in this film and actress Anjali is playing a crucial role in the film . The film, which is a crime comedy, is being shot majorly in the rustic locales of Bihar.