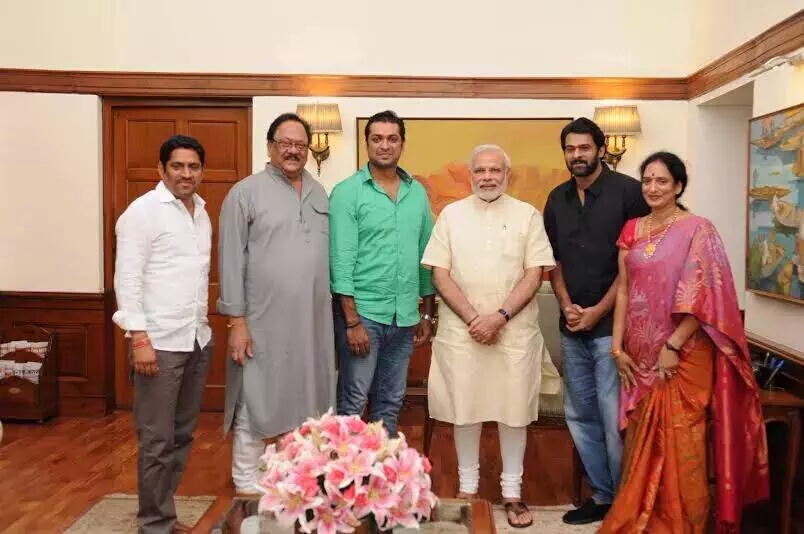 As the entire nation is raving about SS Rajamouli’s magnum opus Baahubali, the collections of this epic wonder continue to make a steady progress in all the areas of its release. Already, the overall gross surpassed the 400 Crore mark and it has got a big chance of emerging as one of the top 3 all time highest grossing Indian films. 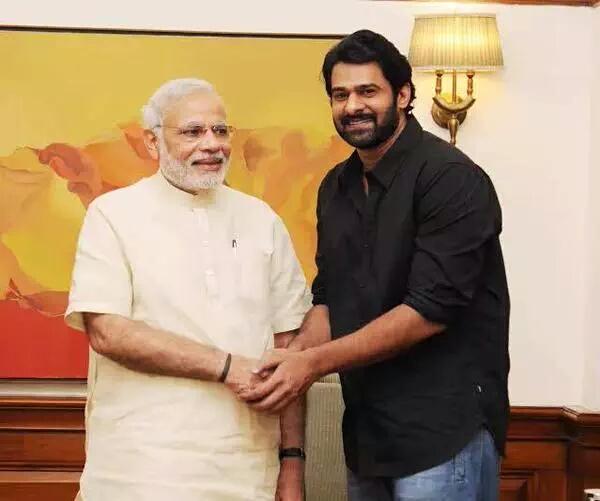 In the meantime, many names from the political spectrum are lavishing praise on this visual grandeur. Already, both the Chief Ministers of Andhra and Telangana praised the efforts put in by this team in taking the standards of Telugu cinema to global fame. Recently, Central Home Minister Raj Nath Singh also said that he will watch the movie very soon and congratulated the team for the success. Now, today evening, Prabhas has met the Prime Minister of India, Narendra Modi.

Speaking to the national media after meeting him, Prabhas said that he requested Narendra Modi to watch the film and added that PM will soon watch the film.