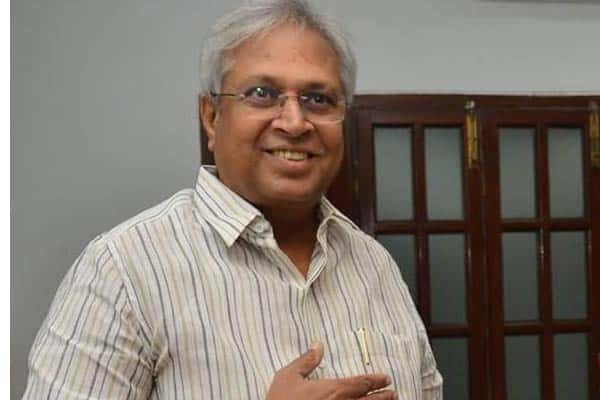 He said that the Supreme Court is scheduled to hear the case on Margadarsi on December 2 and asserted that the raids must have collected some key information by the officials.

Arun Kumar expressed confidence that the present raids would bring some information that would help in the speedy disposal of the case. He said that Margadarsi, had earlier told the court that it had stopped collection of deposits, but was now showing the deposits as receipts.

Arun Kumar said that he had written to the officials of the stamps and registration department seeking permission to him to personally visit their office and see the data that they have collected from the Margadarsi offices during the raid. He expressed confidence that the officials would help him and give him the information that would help him fight the case in the Supreme Court. 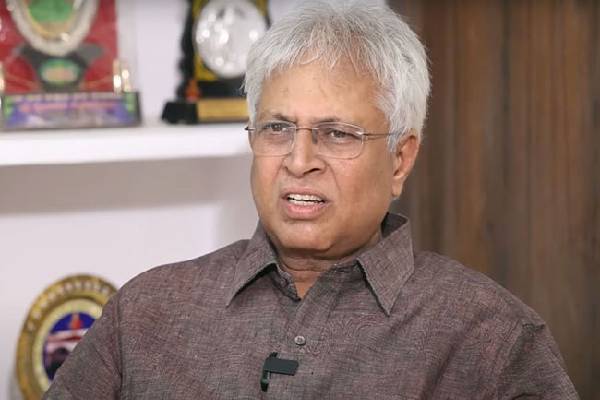 Is the BJP really strong in Andhra Pradesh, as claimed by former MP Vundavalli Arun Kumar!? Arun Kumar, who met Telangana chief minister KCR on Sunday, told the media persons that BJP is strong and comfortable in AP.

What he said was that all the 25 MPs elected either from the ruling YSR Congress or the opposition TDP would support BJP. No other state has this arrangement to the advantage of BJP and Prime Minister Narendra Modi.

The opposition TDP has three MPs, who are also expected to back the BJP in the Presidential election, giving total 25 MPs support to the BJP, though none of them is elected from the BJP. Thus, the BJP gets all the MPs support without winning a single MP seat.

Though TDP chief Chandrababu Naidu rallied against BJP and Narendra Modi before the 2019 general elections, he is maintaining absolute silence as far as national politics are concerned. He did not make any statement in the last three years that would refer to or reflect national politics.

Former MP Vundavalli Arun Kumar was all praise for Telangana chief minister KCR for his leadership qualities and communication skills. Arun Kumar spoke to the media in Rajahmundry on Monday where he shared some information about his meeting with KCR on Sunday.

Arun Kumar said that KCR had gathered a lot of information about the danger to the nation with BJP ruling the country. He felt the need to defeat the BJP and build a better India. He said he spent three hours with KCR on discussing strategies to defeat the BJP in the larger interests of the nation.

“I strongly oppose BJP as the party is destroying the nation. It is also destroying the Hindu faith. So whoever opposes BJP, I support them,” Vunadavalli said and asserted that he would extend his support to KCR in fighting against the BJP.

He also praised the communication skills of KCR and said that KCR would be able to tell the people clearly and powerfully in Telugu, English and Hindi. “KCR is the only chief minister in the country who can speak clearly in three languages which people of this country can understand. No other chief minister can speak like KCR,” Vundavalli said.

He asserted the need to build an alternative to the BJP in the country as the Congress is not able to do so. “As a strong opponent to the BJP headed by Modi, I support KCR,” the former MP said.

Vundavalli said that KCR had collected wide information about the BJP and the nation which the TRS chief had shared with him in the meeting. He said he would meet KCR once again and would give his support to the TRS chief in building a national alternative to the BJP to save the country.

YSR’s most trusted camp follower and two-time MP Vundavalli Arun Kumar is one-of-a-kind politician. He minces no words both while praising and criticizing anyone. He has recently made sensational comments on YS Jagan and his rule. He said he did not like the way Jagan was ruling the state.

In a special interview given to a popular YouTube channel, Vundavalli said that He did not like the way Jagan was running the state. But, he admitted that Jagan’s image is still unsullied and that the people still root for him. He said that the freebies and other welfare schemes are getting him a good name. He added that these schemes would finally spell doom for the YSRCP. He said that while giving welfare pensions was a good move in times of Covid, efforts should be made to provide income-generation activities instead of giving doles.

He said that the way funds were being procured for implementing the schemes would prove detrimental to AP. He said loans should be secured to build infrastructure and income generation activities, but not for profligate spending. He said the focus should be on generating income. Otherwise, indiscriminate borrowings will bring ruin.

Vundavalli is considered most loyal to YSR. He was part of YSR’s inner core providing him with valuable inputs. But, his relations with YS Jagan have at best been frosty. He has not joined the YSRCP and has often criticized its policies. He is not with any political party at present. 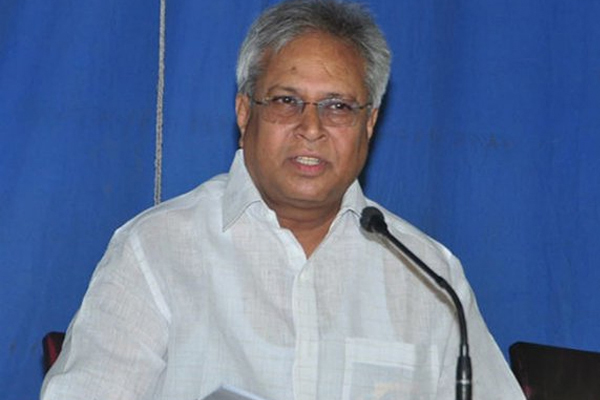 Former Congress MP and YSR loyalist Vundavalli Arun Kumar has blamed both Modi-Shah and Jagan Reddy on the issue of Polavaram. He says the Central Government is deliberately neglecting AP farmers’ interests. At the same time, the AP CM is telling all lies to the people of the State. It is high time Jagan Reddy comes out with a white paper on the Polavaram dam height and the overall storage capacity of the reservoir.

Arun Kumar is expressing concern that the AP CM’s complacence and compromise would cause irreparable harm to Andhra Pradesh. The Chief Minister should fight with the Centre for making sure that Polavaram will be completed in its original design as per the already approved detailed project report (DPR).

There have been widesperad fears that Jagan Reddy has already agreed for reducing the dam height for reducing the estimated cost of the project. If the height is reduced from 150 ft to 135 ft, then the project storage capacity would come down from 194 TMC to just 120 TMC.

Arun Kumar tells CM Jagan that R&R package should be paid to more than 1 lakh families as per the original plan. The CM should fight for this and he should not compromise on this.

Former Rajahmundry MP Vundavalli Arun Kumar is known to be a loyalist of the YSR family. His political existence was credited to YSR. He does not usually target or attack CM Jaganmohan Reddy because of his old attachment. Now, after Jagan’s letter to Chief Justice of India, Vundavalli launched a sudden and direct attack on the AP CM. He asked Jagan Reddy what was wrong for the daughters of a judge to buy plots in Amaravati Capital City area.

Vundavalli showed his utter disappointment at the AP CM’s remarks. He recalled how a person name Swamy wrote a book in 2005 that the courts were filled with Reddys and their orders were becoming biased. Even former Chief Minister NT Rama Rao was very upset and unhappy with the courts at that time. But NTR never crossed or violated the orders of courts and he rendered his services to the public within the limits of the courts’ judgements.

Vundavalli warned CM Jagan that the State would be thrown into chaos and devastation if the confrontation between the legislature and the judiciary further aggravates. Jagan letter was leaked only with the intention of making public his allegations.

Vundavalli Arun Kumar said that he mailed to CJI to conduct virtual courts and give live telecast of important cases. It was obvious Jagan Reddy was the target of Vundavalli’s attack.