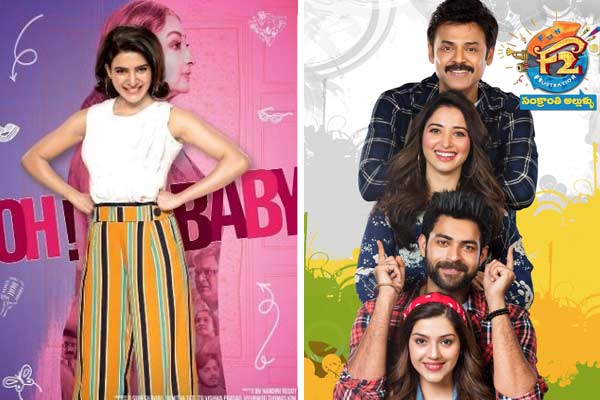 Earlier in July, we told you how the primary overseas market of Tollywood, accounting to around 70-90% of international box office for industry, was bleeding. As it turns out, the second half of the year wasn’t any better.

The Telugu films earned $20.1 million in the states during the incumbent calendar year (2019). This is 35 percent down from the previous year’s $30.94 million (2018). The second half of the year doesn’t compare that bad in absolute to last year but the expectations were to cover the deficit of first half, with release of Saaho and Syeraa Narasimha Reddy, both of them ending up as huge loss ventures.

There were only 8 films which were able to break even for their investor, with not a single A-tier star film included. F2 was the biggest hit of the year while Syeraa was the biggest grosser. No film was able to clear $2.5mn while just 3 over $2mn. Following is the classifications for the year.

Click here for : 2019 yearly report: Tollywood ends the decade on a sombre report

So what went wrong with the market which was growing to become as big as the second biggest territory after Nizam for many films. One case could be made with sub-standard content, but even the well-liked film like Maharshi ended up under $2 million. The simple answer will be greed. It all started in the mid-2010s with absurd distribution rights which were then shifted in high ticket prices. The audience initially came, with the hype of films or high incentives in deals and movie passes. Ever since the decline in deals, the audience stopped paying those high prices as one could simply wait for four weeks and watch the film in home comfort, as after all, money spent 5 premiere visits by a family can get a nice home theatre.

The industry over milked the market and now it is dying. Unless the industry corrects the supply chain with proper rates, the market will do itself, in fact, is doing.