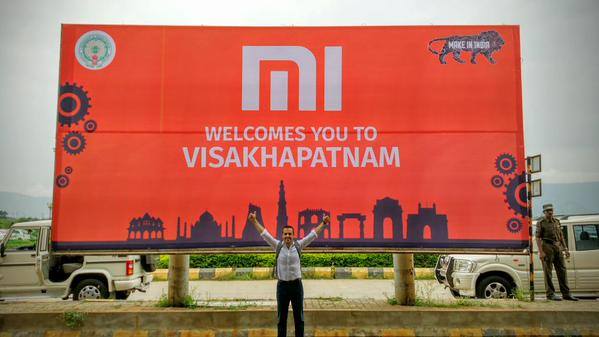 Taking a giant leap forward, Andhra Pradesh is set to make strides globally through its ‘Make in India, Made in Andhra Pradesh’ program by manufacturing smartphones in the state. Under the ‘Make in India, Made in AP’ program, Chief Minister N. Chandrababu Naidu will launch the first Xiaomi-manufactured phone in India in Visakhapatnam tomorrow. The program will also see Xiaomi making announcements about its India expansion plans.

Xiaomi, a Chinese low-cost smartphone-manufacturer, is the third largest smartphone-maker in the world, following Samsung and Apple. Xiaomi became the largest smartphone vendor in China in 2014 and at the end of December 2014, Xiaomi became the world’s most valuable technology start-up, valued at $ 46 billion. Xiaomi, however, is being rebranded as MI. Following the Chief Minister’s visit to China earlier this year, Xiaomi has come to Visakhapatnam to launch its first made-in-India smartphone and announce its plans for the country.

During the program in Viskhapatnam tomorrow, Manu Jain, CEO Xiaomi India will deliver the welcome address tomorrow while Hugo Barra, VP Global Xiaomi will brief the audience on the ‘Journey of Xiaomi in India.’ Mr. Amitabh Kant, Secretary DIPP, Government of India, is the Guest of Honour.