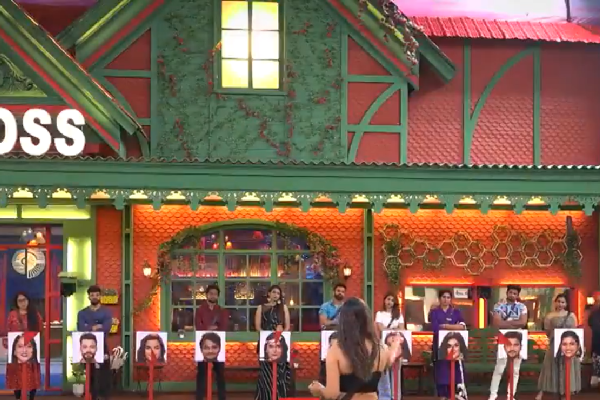 In Bigg boss house, Monday is the day of nominations. As always, this nomination episode also was interesting and this week it’s jumbo list of 8 candidates. Nomination details of this week is as follows.

Sriram nominated Swetha, who was one of his best buddies in the house. He nominated Anne master for making gender specific comments. But Anne master very logically explained that the first 3 candidates to leave the house were women and she has every right to say men are definitely stronger in the house.

Anne master is also very clear in her nominations and said she will nominate either the strongest person or the one who nominates her. As per the same logic she nominated Sriram and Siri.

Nataraj master retaliated by nominating Vishwa. He commented that Vishwa is not at all a strong contestant. Nataraj master’s antics during the conversation with Vishwa were overboard. He seems to have become overconfident after getting saved in second week. He also nominated Ravi. The way he is showing fingers to others and calling himself tiger and others as fox or other animals is not liked by many.

Ravi sincerely apologised for whatever happened during the last week nominations. He apologised Lahari and his mom too. He nominated Kajal and Nataraj master. He said Nataraj master is indirectly calling him fox ( gunta nakka) and named it as the reason for nominating Nataraj. Sunny nominated Priya and Kajal. Jessie nominated Ravi and Priyanka.