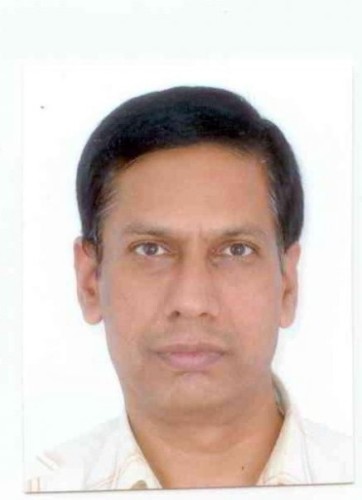 This officer is making waves in new state of Telangana. When many IAS officers- junior, senior and former-  do more than bending before political bosses , this 1985 batch IAS officer, Suresh Chanda stands upright and talks of rule book, and  of course, best conventions, in the interest of state.

This generally annoys politicians.  Few IAS officers dare question the decisions of the chief ministers. Because once you question their wisdom or suggest amends, you are unwelcome in the corridors power. Chances are that you would be languishing in the non-focal posts and little known establishments like Godavari valley authority or shore area development authority or some other PSU where you don’t have any other work than signing leave letters of your PS or your own telephone bills or newspaper bills. So, 90 per cent IAS officers feign enjoying the sermons of chief ministers and get themselves posted in plum posts like CMO, Finace, Irrigation, Revenue, Power etc. Postings in these department benefit both the incumbent and the political bosses.

Suresh Chanda is a different kettle of fish. He has guts to call spade a spade. Today he is said to have rubbed the chief minister  K Chandrasekhar Rao on the wrong side- not by mistake, by intent. He is said to have sent  back a file regarding some senior-level postings in Medical and Health & Family Planning signed by none other than the fiery chief minister.(Luckily for him Suresh Chanda is not an Andhrodu. He is from Hills of Uttarakhand).

This is how the episode unfolded.

Chief minister KCR has proposed the name of Prof Chandrasekhar from a medical college as the Managing director of  Telangana Arogya Sri Trust. He also recommended one Venugopal, a  joint director in Social Welfare department, as the MD of  Telangana Medical Services and Infrastructure Development Corporation.These establishments are normally governed by IAS officers.  Still CM KCR is said to have taken a decision to appoint them and the file was sent to the Suresh Chanda to issue the GO. But, Chanda has reportedly scribbled his objections to the posting on the file, which normally never happens in the case of strong chief ministers. He is said to have sent back the file suggesting to the chief minister that government should better appoint IAS officers to these posts as the they involve negotiations and coordination with other departments and companies. A joint director in Social Welfare department is an RDO rank officer.

Now we have to wait and watch if realization dawns on  the CMO or Chanda would be shunted out of  Health department for not toeing the line of exalted chief minister.

Because, this not the first time that Suresh Chanda questioned the wisdom of CMO. Exactly one year ago, in June 2014, he was driven out of Power department- just for questioning the CM’s decision to construct  dedicated high-tension transmission lines to evacuate power from Chhattisgarh. The contract, running into thousands of crore, was to be given to a company known to powers that be, on PPP mode. Chanda, then Principal Secretary Power, opposed the construction of HT lines as it would be illegal. No state can own transmission lines unless it has its own power station. Or Else it should enter joint venture with the Power Grid Corporation of India and the state from which it wants to evacuate power. After Chanda’s  opposition, the project was shelved but he was shifted to medical and health department.