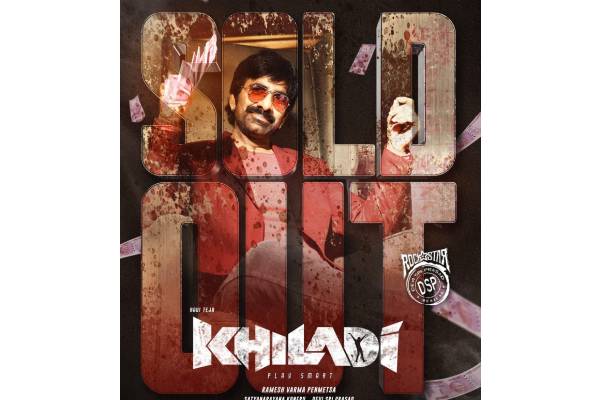 Mass Maharaj Ravi Teja is done with the shoot of Khiladi and there has been confusion over the film’s release as the night curfew and 50 percent restrictions are imposed in Andhra Pradesh. The makers finalized the release date and informed the buyers that the film will hit the screens on February 11th. With a lot of theatres available, the makers decided to go ahead with the announced date despite night curfews and restrictions. The distributors are quite comfortable to release the film during the restrictions as the audience are ready to watch films in theatres.

The trailer of Khiladi is expected to be out tomorrow and the promotional events are planned. Ramesh Varma directed Khiladi and the film is the costliest one in Ravi Teja’s career. Meenakshi Chaudhary and Dimple Hayati are the heroines and the music composed by Devi Sri Prasad is popular. Koneru Satyanarayana produced Khiladi. DJ Tillu is the other film that will release over the weekend and the film is announced for February 12th release.