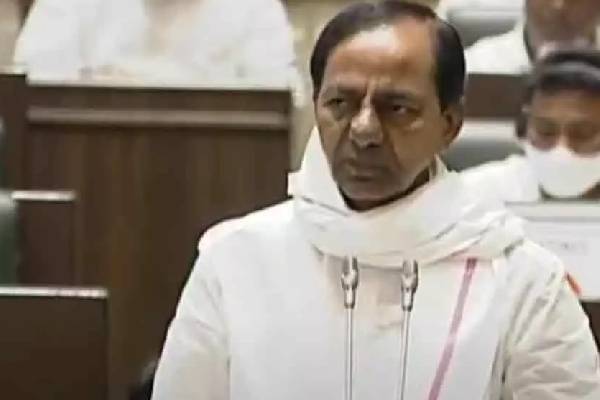 Telangana chief minister K Chandrasekhar Rao on Tuesday moved a resolution in the Assembly demanding that the central government withdraw the Power Bill terming it a draconian law aimed at usurping the powers and functions of the state government.

Rao said he spoke to CMs of non-BJP ruled states to fight unitedly in Parliament against the Power Bill. He strongly opposed the Centre’s proposed bill to amend the Electricity Act which he said would have an adverse impact directly on the management of the state electricity utilities.

He termed the Power Bill introduced in Parliament as a draconian law meant to usurp the rights of the state government to supply power to the farming and domestic sector at subsidized tariffs.

Expressing concern over the Power Bill, Rao said it has a provision for the Direct Benefit Transfer (DBT) of subsidy provided to consumers, particularly to the agriculture and domestic sectors. “This would work against the interest of farmers and very poor domestic consumers. Mode of payment of the subsidy should be left to the state government. We will oppose the Bill at any cost. Its provisions are draconian. It usurps the rights of the states,” KCR told the Assembly.

Rao also said that the powers of extending subsidy to farmers and appointing ERCs too would be taken away by the Central government once the Bill is passed in both the Houses of Parliament. He has appealed to the four elected BJP MPs from Telangana to support the state government’s fight against the union government’s Power Bill.

Addressing the Assembly on Tuesday, Rao said he is appealing to Prime Minister Narendra Modi with folded hands to withdraw the Power Bill.