A Maoist was killed in an encounter with police in Telangana’s Bhadradri Kothagudem district on Wednesday, police said.

District Superintendent of Police Sunil Dutt said the exchange of fire took place in Bodugu forest area near Chhattisgarh border when a group of Maoists were moving in the area as part of their efforts to step up their activities.

The incident occurred when police were conducting combing operations in the forests. There were no casualties on the police side. While other Maoists managed to escape, police has recovered some weapons from the scene.

Maoists, who have considerably weakened in their former stronghold due to series of setbacks in recent years, have been trying to regroup in areas bordering Chhattisgarh. 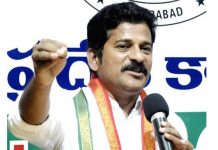