Natural Star Nani released the teaser of Muthayya which is an interesting attempt. The film narrates the story of a 70-year-old man who aspires to become an actor. Making no attempts, he dreams big and wants to act in a film before he dies. He shares his views with Malli, a youngster who is his friend. The entire film happens in a small village and the teaser looks interesting. The rest of Muthayya is all about the dream of the old man.

Bhaskhar Maurya penned and directed the film. K Sudhakar Reddy, Arun Raj played the lead roles. The film will be screened in the prestigious UK Asian Film Festival in London at Rich Mix on May 9th. Hylife Entertainments Pvt Ltd and Fictionary Entertainment jointly produced Muthayya. The teaser hints that the film is made on a strict budget and is shot across remote villages of Telangana. The makers will announce the release date soon. 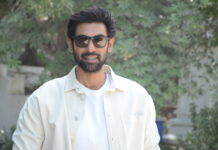 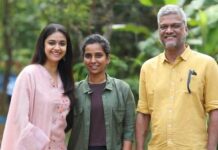