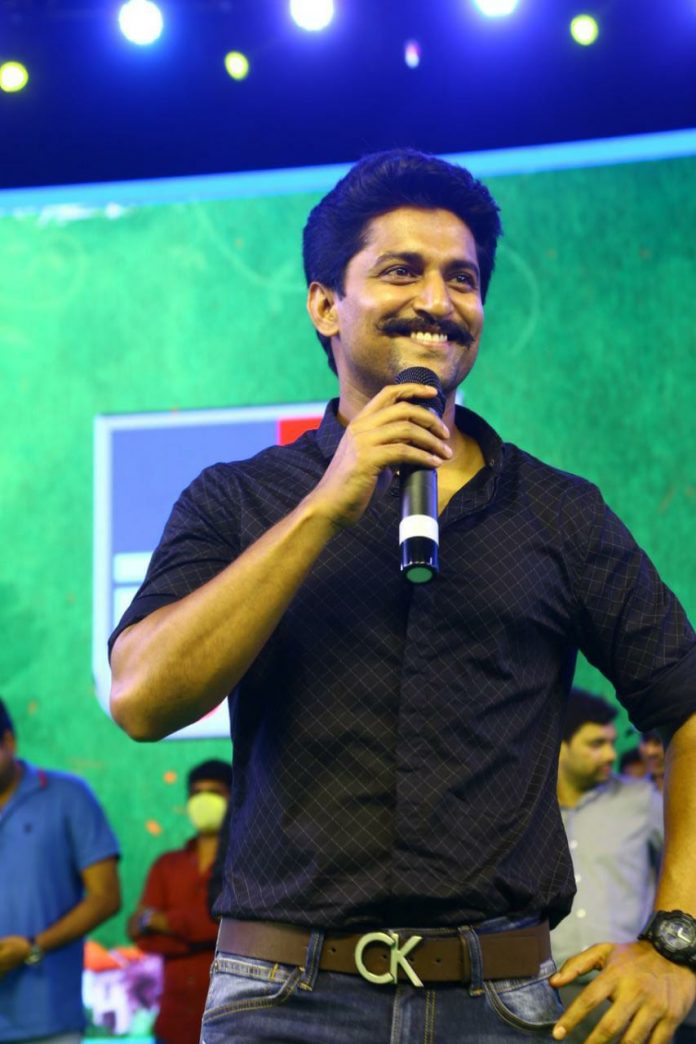 Director Shiva Nirvana along with MP Bharat launched lyrical video of Neeti Neeti Sukka song which became instant hit. Besides divulging that the song comes at crucial point of the film, Shiva Nirvana also exclusively revealed a dialogue in the film.

Nani before introducing all the characters, their names and his relation with them turned nostalgic to see his fans and movie lovers coming in big numbers. “I have been shooting in Rajahmundry for one week and a fan warned me to stall the shooting, if I don’t agree for a selfie picture with him. People of Rajahmundry are very sweet that there is love in their warning as well.

Here’s the list of Tuck Jagadish family and their elation with Nani: