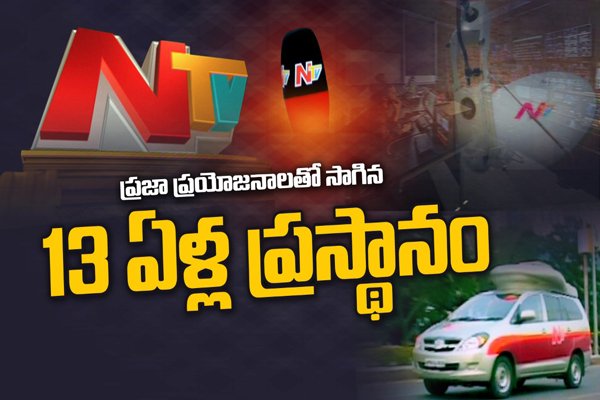 NTV, the favourite news channel of the Telugus, is celebrating its 13th anniversary.  In its glorious journey, the conscientious media house has scored a number of milestones.  The highly successful channel has consistently practiced impartial and objective journalism, delivering truthful news everytime.  As a diligent and upright electronic media house, NTV has fulfilled its purpose of being a bridge between the citizenry and the government.

NTV has also got to its credit Jana Gana Mana, the program that seeks to foster national unity.

It’s notable that Nara Lokesh and Jana Sena chief Pawan Kalyan have congratulated NTV on the completion of 13 years of existence.