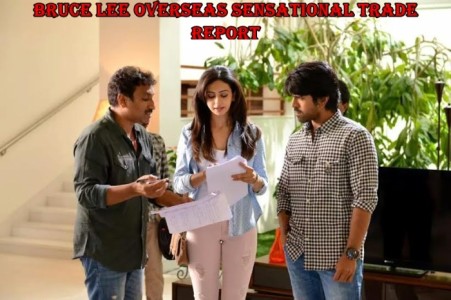 Bruce lee movie overseas rights were bought for six crores,and the movie was able to recover only two crores,  incurred a solid loss of  four crores i.e. 66%  losses on investment

Last month Telugu360.com had published an article , how the TFI producers are squeezing out exorbitant amounts for overseas rights, and advised overseas distributors/exhibitors about pitfalls of Overseas Telugu movie market. Falling to the shallow and empty hype our producers generate, overseas market buyers are incurring huge losses. To bring more awareness on  this, going forward, we are about to publish series of  EXCLUSIVE trade reports of overseas Telugu movies in never read before format.

We are beginning with Bruce Lee – The fighter’s trade facts and this will be followed by all other movies which were released from Jan 2014 onward. Given below are the collections of Bruce Lee as of 10/30/2015, full run of the movie

Below table has breakdown of  overseas collections, Exclusively for Telugu360.com readers : 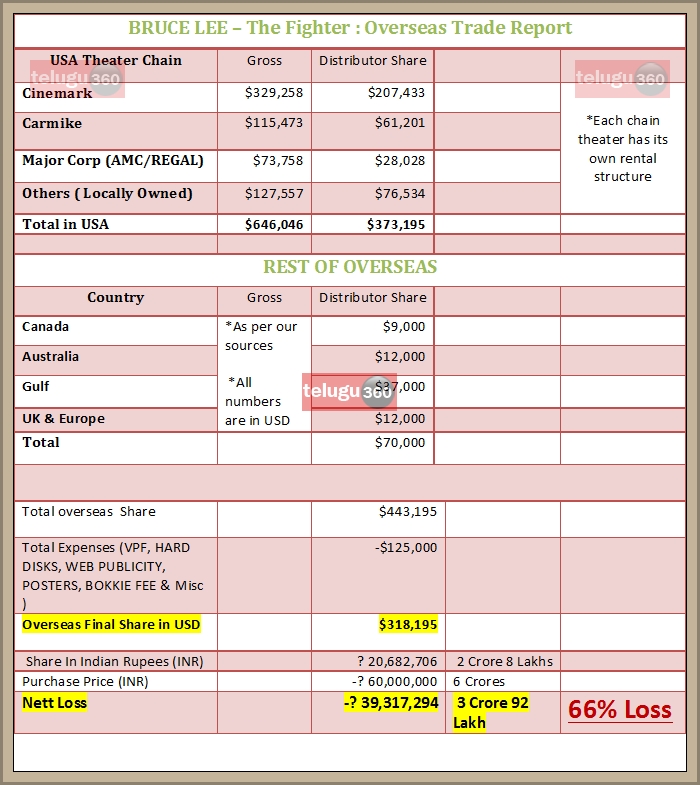