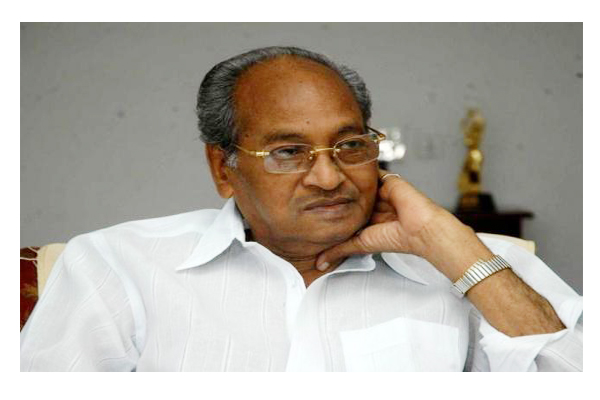 Read Part 1 of this article here

[dropcap]T[/dropcap]he third film was of course the colossal musical hit “Sankarabharanam”.The conceptualization of the film itself was episodic. The initial role of Somayajulu was conceived with Krishnam Raju in mind – who later passed it as he felt he couldn’t do justice to the role. Despite the censor certificate dated 31st December 1979, the film got officially released on 2nd February 1980 because of huge hiccups in the release of the film and the negotiations with buyers who made Rao part with the rights at a pittance. [pullquote position=”left”]The story goes that amongst the many who helped rescue the film to get released, Allu Aravind’s United Financiers also played a pivotal role.[/pullquote] The cost of production was Rs.13.5 lacs. In today’s production terms, the film would still have costed Rs.1.75 crores inflation-adjusted. Hard to believe the film grossed rupees one crore in Malayalam edition itself (which is equivalent to Rs.14 crores in today’s terms), not to forget the tumultuous response in overseas markets, and in the South and North markets. The film not only swept the national awards but also got international recognition and praises from every ruling Superstar of the film industry at that time before the advent of twitter and facebook. When the collections sagged initially, Rao decided to hold a daily music concert in centers like Vijayawada which attracted crowds gradually. Besides causing a resurgence in Indian Classical music, the film created many firsts. 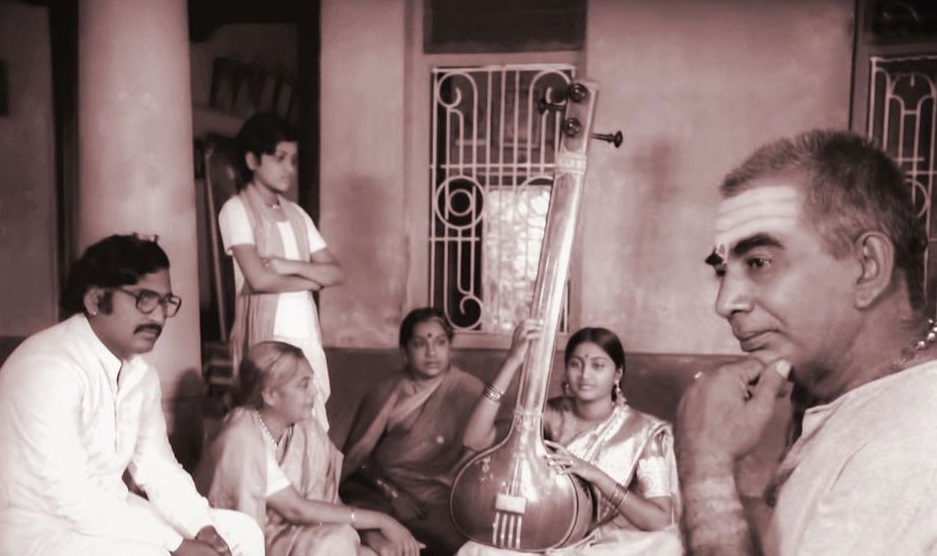 It became the toast of film festivals in Russia, France, Mauritius and Italy and got exhibited as one of the world’s top ten films in the open air theatre in Rome, as was the norm. All the ruling Gods of the film fraternity  – NTR, ANR, Raj Kapoor, Dilip Kumar, Sanjeev Kumar, V Shantaram, Jitendra, Sivaji Ganesan, MGR, Rajkumar etc. have seen special screenings and praised the team and the cast to skies.  The film brought huge fame to the crew as well as the technicians like KV Mahadevan, Jandhyala, Balu Mahendra, Vamsee and singers SPB and Vani Jayaram. In 75 years of Telugu film industry, no other film but SB won the President’s Award for the Best Feature film in Telugu ever since. When you see the promos organized by the producers then including the concerts in America and around the world, today’s epics like “Bahubali” still don’t come anywhere closer because of limitations in outreach in those times. With fewer than 24 pages of dialogues by writer Jandhyala, director Viswanath has created an absorbing and heart-touching story of a musician’s art that went through upheavals of time but endured to pass on a legacy to the next-gen. Every thing about the film is timeless – music, values, emotions, dialogues, visuals and characterisation.

Rao’s next film – “Seetakoka Chilaka” (Butterfly) was a different genre – love-story with a message of inter-religious harmony. And he zeroed in on Bharatiraja who earned name for making films with huge rustic and aesthetic appeal. Once again, Jandhyala wrote dialogues, Ilaiyaraja scored music that won him national award. The film had impeccable scores by Ilaiyaraja and a starcast that was fresh and unique – from Karthik, Aruna and Sarath Babu to the versatile Jaggayya and Silk Smitha. The film was made with a budget of Rs.12 lacs and shot in just 40 days entirely  in places in the tip of India around Kanyakumari, Pandyapuram etc. It still remains the much-referenced classic on teenage romance wit 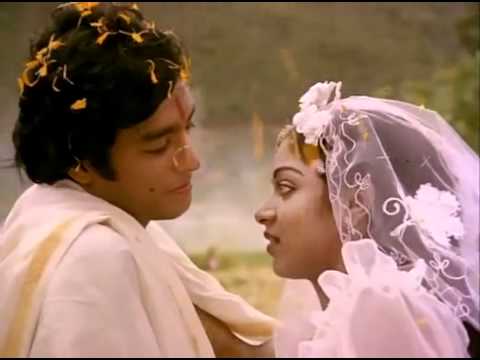 h a message. Almost all directors who make love stories cite it as the ultimate classic that stokes passion among youth and sentiments among the elderly. Imagine the film got released in 1982 but producer’s foresight ensured that the climax got changed from tragedy to happier ending. The film clicked big time at the box-office and encouraged Ilaiyaraja to produce the Tamil remake with reasonable success. The film brought out the talent of Nageswar Rao in fishing out the right talent for the right plot and movie but also highlighted his proactivity in changing the ending to suit the tastes of the audience. For the Tamil version also, listening to Rao’s feedback worked. A happier ending made the cash registers ring in Tamil version. For the songs and BGMs, the film used Ilaiyaraja’s scores in stereo sound for the first time which was to become the standard for the Maestro throughout his career later.

In 1983, came the cult classic “Sagara Sangamam” directed by K Viswanath, Rao’s most ambitious project with the beautiful Jayaprada and the talented Kamal Hassan. [pullquote position=”left”]The film takes the under-exploited emotions of “Sankarabharanam” to the next level and showcases the ultimate in human emotions and art-revelry through the main characters of Jayaprada, Kamal Hassan, Sailaja and Sarath Babu.[/pullquote] For taking dance form to the highest level of exposition, Rao loosened the budget to take liberal time with legends like Gopi Krishna and Birju Maharaj to train in dance. It was made on a stretched budget of Rs.30 lakhs and spread over 75 days (“Sankarabharanam” took 60 days) but it brought in enormous appreciation for all the stars besides Ilaiyaraja who bagged the best music at national level. 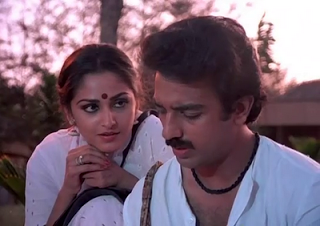 Legends like Shankar still think this along with “Sankarabharanam” are the perennial classics that need to be referred by all prospective film-makers for blending emotions with story on screen. It became the first non-Hindi film to be released in Russian with international standard tracks and sub-titles and later opened the door for many KV films to get released there. It goes to the credit of both  director Viswanath and producer Rao that the film brought in box-office riches while raining awards for Kamal Hassan, Ilaiyaraja and others. It is still a mystery why the film didn’t get nominated for the best film again but as far as Kamal Hassan and Rao are concerned, “Sagara Sangamam” is their most-satisfying film.