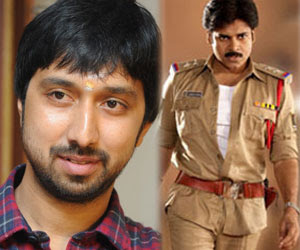 It is well known that Power star Pawan Kalyan will be back to shoot very soon after a long hiatus. His upcoming film, in young filmmaker Bobby’s direction, is titled as ‘Sardar’. Earlier it was heard that the movie is a sequel to Gabbar Singh, but the makers have made it clear that the movie is entirely different and it is not a sequel.

A close source from the unit revealed that the second schedule will kick start from the 29th of this month and a fight sequence will be shot in the aluminum factory located in Hyderabad. Due arrangements are being made by the makers for this schedule and Pawan will also join the unit from the same day. Already, the unit had completed a short schedule in Pune.

Sarat Marar is producing this film and DSP is composing tunes. Anisha Ambrose was roped in as the female lead and there is no word from the makers regarding the ongoing rumors that she has been replaced.