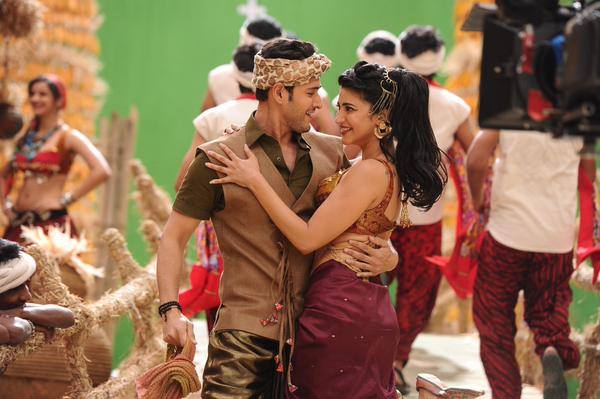 Ever since he made a dream debut with Mirchi,writer-turned-director Koratala Shiva set sights on becoming a top director in Tollywood. He is now awaiting the release of his second film, Srimanthudu, which has Prince Mahesh Babu playing a well-heeled industrialist who is determined to give something back to his roots. Shruti Haasan is playing the female lead.

The post production works are done dusted and the entire team is happy with the output. Recently, the core members of the team watched the final edit of the movie and it is heard that they are very happy for the way the movie has come out. It is also learnt that Mahesh Babu praised Shiva to the skies for his dedication in bringing a quality movie.

In the meantime, the first copy will be out by today evening and the movie will head to censor on the 31st of July. Mythri Movie Makers have produced it. The movie will hit the screens on the 7th of August.