Gopichand Malineni’s script is a bit shaky at the beginning. Younger Balakrishna, and Shruti Haasan introduction episodes are pretty average. Once Veera Simha reddy enters, the movie switches to high-octane action mode. The director cleverly embedded fierce political dialogues against the incumbent government. Balayya’s Veera Simha getup suits him perfectly. His body language, dialogue delivery, and the scale of the scenes, etc. factors helped a racy first half. Once the first half reaches such a high, obviously the second half starts sliding down. Adding to the problems, for the second half, the director had picked a clichéd story and treatment is sluggish as well. The sister sentiment didn’t work much in favor of the film, even though Varalakshmi acted well as Bhanumati.

Balakrishna is good in both roles but best as Veera Simha. On top of his regular mass histrionics, there are multiple scenes he did emotional scenes as well. Shruti Haasan, and Honey Rose characters have less screen space. Varalakshmi Sarat kumar gets the author-backed role, she acted well. Duniya Vijay as the main villain looks wise and fiery but the villainy is weak. Murali sharma role is insignificant and incomplete.

S Thaman’s mass songs and background score helped the film a Lot. Without him, this film would have a lesser impact. Sai Madhav Burra dialogues stand out in the film. He has written nice mass dialogues and penned some powerful political dialogues. Rishi Punjabi cinematography is excellent with rich and vibrant frames in songs. He captures action episodes well.

Veera Simha Reddy’s first half is very good and a feast for the audience. However, the second half disappoints. The Old school’s Second half works only for fans / B-C centers. At Box-office, targeted mass, festive season, and competition movie results will decide the range of this film. 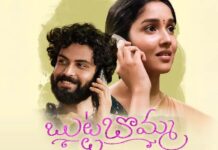