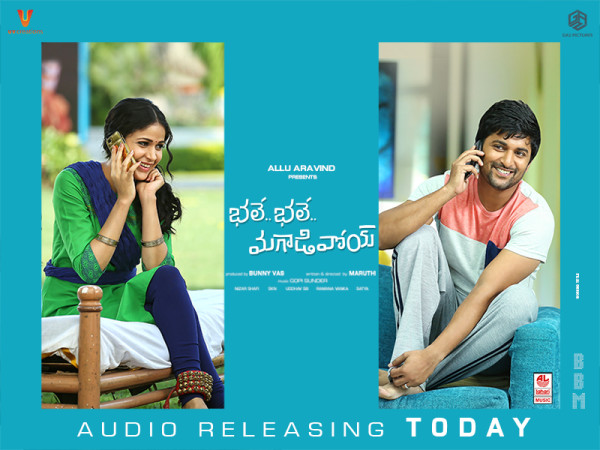 Talented actor Nani’s latest romantic comedy ‘Bhale Bhale Magadivoi’ is releasing today amidst positive buzz all over. Directed by young filmmaker Maruthi, it has Lavanya Tripathi as the heroine. The film is a joint production of Geetha Arts 2 and UV Creations.

As per the latest update from overseas premier show, the movie is carrying a decent report and it is heard that the family entertainer is laced with ample doses of comedy elements. The well-written dialogues will thoroughly impress the audience. The songs looked OK on screen. The story is not so creative but definitely a novel one, and Maruthi’s neat execution will keep the audience hooked thought the film. Both Nani and Lavanya Tripathi did a terrific job and Vennela Kishore’s scenes in the second half have come out very well.

The pre-climax and climax which are made on a regular template are only minus for the film, but the rest of the movie will thoroughly entertain the audience. Overall, ‘Bhale Bhale Magadivoi’ is a decent comedy entertainer which can easily be given a shot.