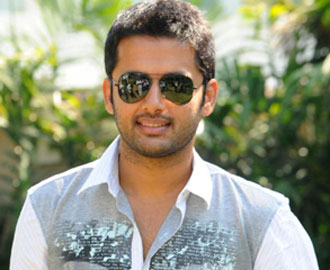 A couple of days ago, we have already reported that Trivikram Srinivas will wield the megaphone for young actor Nithiin’s upcoming film. A close source revealed that the project is likely to be launched in a few weeks. Nithiin was earlier signed up for a film with Puri Jagannadh, but due to some unknown reasons the project was shelved. So, Nithiin okayed Trivikram’s subject and Haarika & Hassine Creations, who produced S/o Satyamurthy, will bankroll this project.

Now, with the fresh reports coming in from the media circles, Samantha, one of the busiest actresses down South at present, is likely to cast opposite Nithiin in this film. It is well-known Samantha and Trivikram share a good rapport between them. She had appeared twice as a female lead in Trivikram’s movies, so it is certain that she will be signed up for this film. However, an official confirmation is awaiting to confirm these speculations.

Samantha is currently busy shooting for a film with Tamil actor Suriya and she will soon start shooting for Mahesh Babu’s Brahmotsavam.