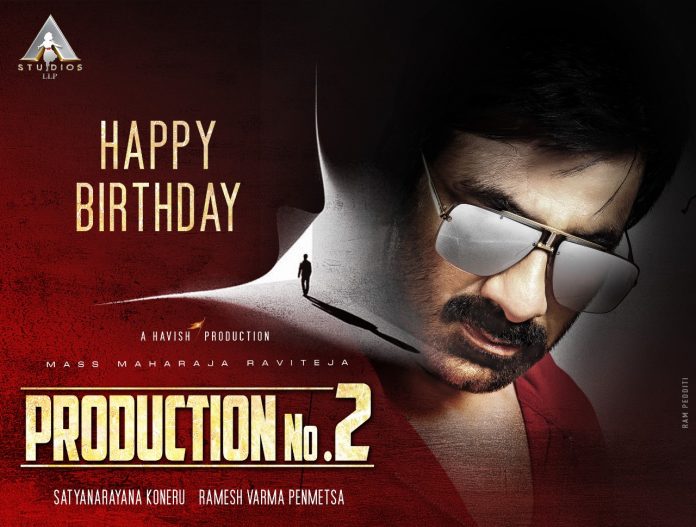 Ravi Teja seems to have decided to do different genre films. His next film with Rakshasudu fame director Ramesh Varma will be an action thriller. Today, on the special occasion of Ravi Teja’s birthday, theme poster of the film is unveiled.

Sporting shades, Ravi Teja looks intense in the poster. There’s an anonymous man and his shadow is also observed in the poster. It seems, this will be a gripping thriller like Rakshasudu, but with a different concept.

It’s a Havish production and the film will be launched in February. Regular shoot of the film will begin from March. Satyanarayana Koneru of A Studios Banner will pool resources for the film.