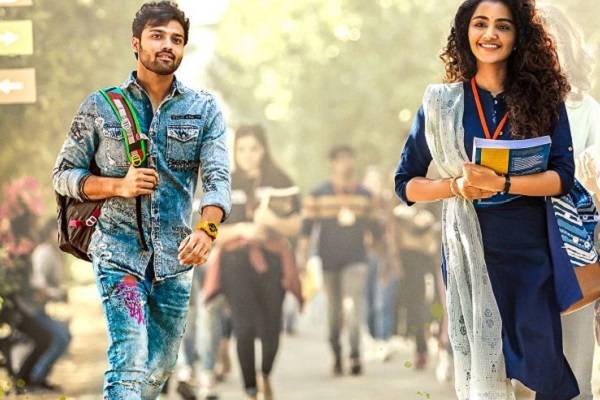 Top producer Dil Raju’s nephew Ashish Reddy is making his Tollywood debut with Rowdy Boys. The film is made on a budget close to Rs 25 crores and top technicians like Devi Sri Prasad, Madhiee worked for the film. ‘Husharu’ fame Sree Harsha directed this youthful entertainer and Anupama Parameshwaran is the leading lady. Rowdy Boys trailer gained a good response from the youth. Sri Venkateswara Creations are the producers and here is the review of Rowdy Boys:

Story:
Akshay (Ashish) is a first year BTech student who falls in love with elder girl Kavya (Anupama Parameshwaran). Kavya is a medico whose friends from college are on constant clashes with Neighboring BTech college boys. Despite the rivalry between two colleges, Kavya starts liking Akash. Kavya Akshay start live-in relationship to distance themselves from the college disturbances. Rest of the film is about how the lovers progress their career and personal lives

Analysis:
‘Rowdy Boys’ film starts off with college scenes that more relatable to present generation youth. There were many films in recent times attempted to be youthful films but all of them were either cheap or far from relatable. In this film initial portions are vibrantly represented true college life. Ashish as Akhsay , Anupama Parameswaran’s comeback as Kavya all worked well throughout the first half.
Film starts fizzling out once the lead pair start live-in. Later the conflict point of heroine’s dad request to hero doesn’t appear convincing at all. Anupama Parameswaran got a film in Telugu after a break, she is good looking yet. The lip lock scenes between Anupama and Ashish are bold, lengthy ones on par with Bollywood films. Hero and friends starting a musical band ‘Rowdy Boys’ etc. sequences are straight lifted Bollywood items.

Debut hero Ashish is comfortable Infront of the camera, if can pick good scripts he has some shelf life. ‘Gundello Yesayya’ comedy episode came out well. Cinematography, music, editing etc. technical departments are good. Young director Sri Harsha has stuff in him, however needs improvement in making stronger plot. Overall, an ambitious making has ended up as average output

Negatives:
-Dull second half
-Casting other than the lead pair
-Ineffective Conflict point

Verdict:
‘Rowdy Boys’ is a youthful film with a good first half and fizzled out later. The Lead pair, Production Values and Songs are the plus points. Very flat second half is the drawback. Comedy could have been better. Debut hero Ashish has ease in performance. Youngsters can give this film a try.