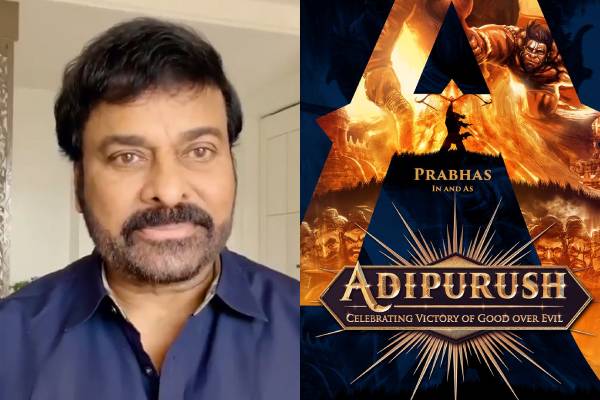 Rebelstar Prabhas’ Adipurush is out of 2022 race and the makers announced that the film will hit the screens on January 12th 2023 in 3D. Adipurush is the first biggie to officially join Sankranthi 2023 race. Top actor Ram Charan is shooting for Shankar’s film and the film’s producer Dil Raju announced that the film will hit the screens during Sankranthi 2023. Young Tiger NTR will work with Koratala Siva for an action entertainer and the makers are keen to release the film during Sankranthi 2023. The shoot commences in May this year.

Megastar Chiranjeevi lined up a series of projects and Acharya, God Father will head for theatrical release this year. He is shooting for Bobby’s film and Bhola Shankar and the shoots will complete soon. Megastar’s film with Bobby is aimed for Sankranthi 2023 release. As of now, four biggies are aiming for Sankranthi 2023 release and two of them would make it for release. Things may change as per the situation and the release of the current projects of the stars. 2023 Sankranthi is jam-packed for now.