Narasimhan to settle down in Chennai as priest? 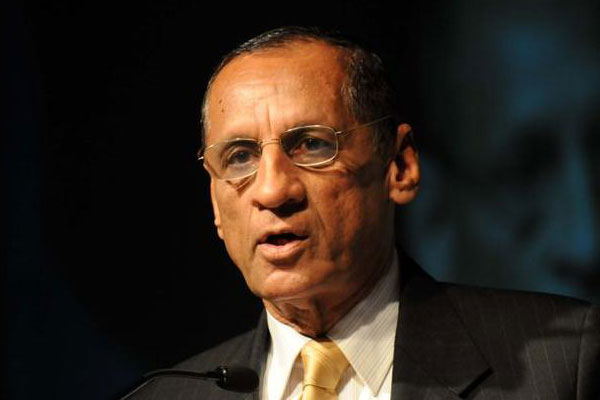 Outgoing Telangana Governor ESL Narasimhan is not likely to accept Chief Minister K Chandrasekhar Rao’s offer to become government adviser. He has also dismissed rumours about being appointed as Jammu and Kashmir Governor. Narasimhan gave indications of his going to his favourite Chennai city and settle down there to enjoy ‘idli-sambar’ and all. Recalling some criticism in the past about his frequent visits to temples, he said that some have mockingly referred to him as a priest. That would be a great honour and he may settle down as a priest given a chance.

Narasimhan apparently has no interest at all in politics. After KCR’s offer, there was talk in political circles that he would settle down in Hyderabad to play a key role in the Yadadri temple project. The Modi government appointed Dr. Tamilisai Soundararajan as the new Governor of Telangana.

Narasimhan shared his experiences with visitors and media at Raj Bhavan. He said that he was pained at criticism against his temple visits. He visits Khairatabad Anjaneyaswamy Temple every day during his stay in Hyderabad. He also visits Tirumala, Bhadrachalam and Yadagirigutta regularly. Recalling his Governorship during separate statehood agitation, Narasimhan said that all Telangana political parties worked with unity and coordination. 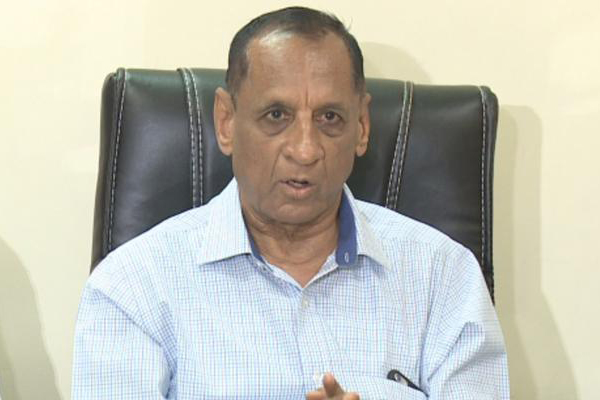 With the Centre on Sunday appointing Tamilisai Soundararajan as the new Governor of Telangana, E.S.L. Narasimhan’s long stint as governor comes to an end.

The former chief of the Intelligence Bureau is the longest-serving Governor in India if his term as Chhattisgarh Governor is also taken into account.

The 1968-batch Indian Police Service (IPS) official served as the Governor of undivided Andhra Pradesh during turbulent period of the Telangana movement and following bifurcation of the state, of both the Telugu states.

After appointment of Biswa Bhusan Harichandan as Andhra Pradesh Governor in July, Narasimhan was confined to Telangana.

It has been eventful nearly decade-long term for Narasimhan, who was initially seen by groups fighting for statehood to Telangana as someone sent by the Centre to stall formation of the Telangana state.

He was even heckled by legislators of then opposition Telangana Rashtra Samithi (TRS) and other parties on couple of occasions in the Assembly over the Telangana issue.

However, after formation of Telangana state, he enjoyed cordial relations with Chief Minister K. Chandrasekhar Rao.

He used his good equation with both Chandrashekhar Rao and then Andhra Pradesh Chief Minister N. Chandrababu Naidu to take initiatives for sorting out post-bifurcation issues between the two Telugu states.

The police official, who retired in December 2006, was appointed as Governor of Chhattisgarh on January 17, 2007.

On December 27, 2009, he was made in-charge Governor of Andhra Pradesh when N.D. Tiwari stepped down following a sex scandal.

For parties fighting for the Telangana state, this was a U-turn by then Congress-led United Progressive Alliance (UPA) after December 9 announcement to initiate the process for formation of Telangana.

Narasimhan was formally appointed as the Governor of Andhra Pradesh on January 23, 2010.

He was a key part of the consultation exercise undertaken by the Centre before taking a final decision to split Andhra Pradesh.

For his vast experience and the rapport he had developed with different players in state politics, the BJP-led National Democratic Alliance (NDA) stuck with him for five years. He also enjoyed full support of the Centre as he tried to resolve the outstanding issues between the two states.

However, the Modi government in its second term decided to replace Narasimhan by appointing new governors for both the Telugu states. 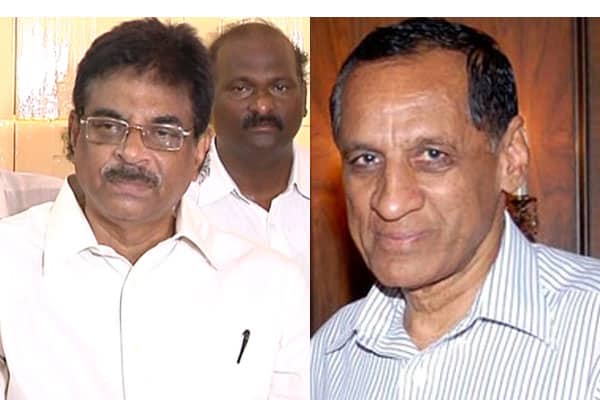 Visakhapatnam MP Hari Babu (BJP) has written a letter to the Union Minister for Home Affairs, Rajnath Singh urging center to appoint new governor to Andhra Pradesh. It is known that Andhra Pradesh BJP leaders have been expressing their displeasure against Governor ESL Narasimhan. Earlier, BJP MLA Vishnu Kumar Raju also expressed his dissatisfaction with the Governor Narasimhan’s attitude that he is behaving like a friend to TRS but foe to other parties.

Recently, in a letter to the Home ministry, AP BJP wing President and member of parliament Hari Babu has asked for the appointment of a new governor for their state. In other words, he is actually requesting central government to replace Narasimhan. “There is a strong feeling and desire in the minds of the people of Andhra Pradesh to have a Governor exclusively for the newly-formed State, which will enable the smooth functioning of the administration,” Haribabu said in his letter.

In the letter, Hari Babu also mentioned the delay in the formation of a new High Court for AP and urged to speed up the process of establishing new high court to AP. 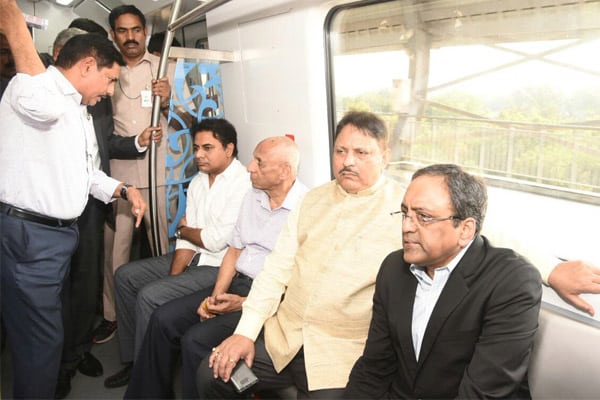 Municipal Administration and Urban Development Minister KT Rama Rao along with the Governor of two Telugu States, ESL Narasimhan traveled in the Hyderabad Metro Rail on Wednesday. The duo inspected the works going on for the project. The Metro Rail is scheduled for a launch on November 28.

The Governor and Minister traveled in the Metro service from SR Nagar to Miyapur. They were even accompanied by the Metro officials. Chief Secretary SP Singh and Municipal Secretary Navin Mittal, accompanied the VVIP passengers, apart from HMRL Managing Director NVS Reddy.

The energisation of the OETS facilitated movement of trains for trial runs from Mettuguda to SR Nagar via the interchange station at Ameerpet and there by connecting the entire stretch for commissioning i.e., from Nagole to Miyapur. The trial runs from Begumpet to Ameerpet were held on Tuesday.

Narasimhan to continue as TS, AP Governor until further notice 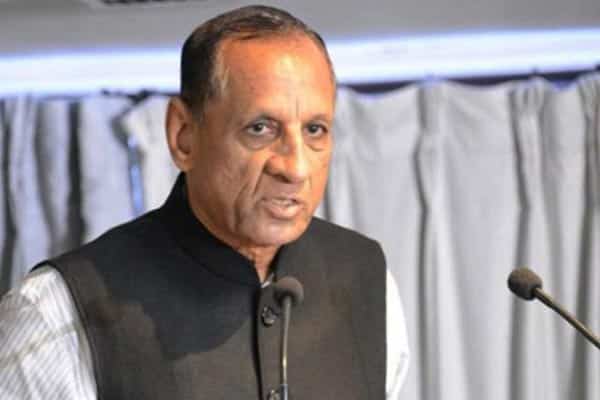 The Union home minister informed the Governor of Andhra Pradesh and Telangana ESL Narasimhan to continue as the head of both the states till further orders.

The tenure of Narasimhan ended on Tuesday but Union home minister Rajnath Singh phoned the governor requesting him to remain in the gubernatorial post till his successor takes charge. The governor is anticipated continue in the role till the Presidential elections.

Telangana Chief Minister K Chandrashekar Rao conveyed that the state has no objection if Narasimhan continues as the Governor. However, the counterpart in Andhra Pradesh hasn’t made no such comments.

If the buzz is to be believed Prime Minister Narendra Modi is planning to use Narasimhan’s services for a strategic assignment based in national capital Delhi.

Are you Doctors or Money making machines: Governor 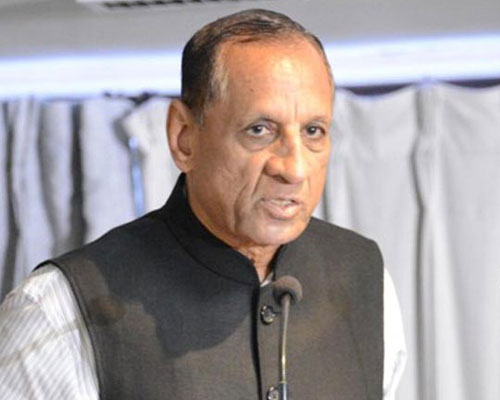 State Governor E S L Narasimhan lashed at the doctors and corporate hospitals in the state for fleecing patients handing over hefty bills even for small ailments. He took the doctors to task for functioning with sole motive of earning money, and thus prescribing all kinds of tests.

Hyderabad: Andhra Pradesh and Telangana Governor E S L Narasimhan has lashed at the corporate hospitals and doctors for lacking human touch and working with the sole motive of fleecing money from the patients. Taking the opportunity at the CACER Care – 2015 meet, the state’s first citizen said that even I was not spared when I had visited a hospital for a simple ailment.

Taking the doctors to task, he pointed out that even tests are being conducted on brain dead patients, and when people are visiting hospitals for simple complaints, a series of tests are forced on them with the sole purpose making money. This trend has brought disgrace to the medical profession and it has to stop, and I will take the initiative to call a meeting of these hospitals to address the issue, Narasimhan said. He strongly advocated to put board indicating the charges against each of the services being offered at a hospital. This is the second time that the Governor has mounted such an open attack on the medical doctors and hospitals in the state for heavily charging the gullible patients. 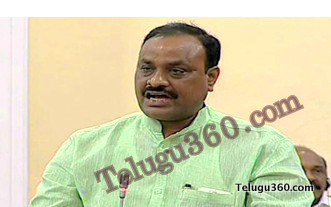